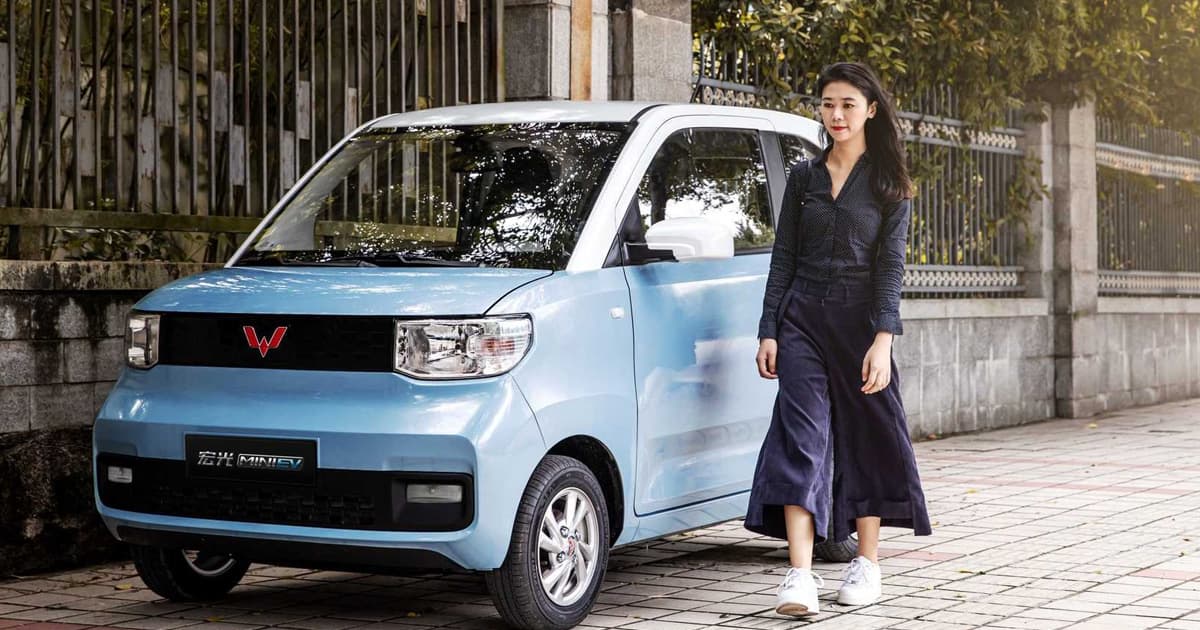 This $4,500 EV Is Now Outselling Tesla in China

A compact electric vehicle that costs just $4,500 is now vastly outselling Tesla's vehicles in China, the BBC reports. Like, beating the the pants off Musk's motors.

The adorable city slicker called Hong Guang Mini EV is actually a partnership between General Motors and SAIC Motor, China's top carmaker. Sales for the vehicle have recently taken off, outpacing Tesla's offerings almost two to one last month, according to the BBC.

The vehicle itself has very few frills. In fact, the $4,500 base model doesn't even have air conditioning — you'll have to shell out an additional $500 to keep temps down. It can also can only carry four passengers, has a top speed of just 62 mph, and a moderate range of 106 miles.

Tesla's Model 3, now being manufactured in the carmaker's new factory in Shanghai, was the number one EV in the country in terms of sales in the second half of last year, despite its much higher price tag of $39,000.

The Hong Guang Mini EV however took over this year and rocketed past the luxury sedan in monthly sales after Chinese regulators found Tesla's quality lacking, pointing out safety issues at its Shanghai plant.

According to the BBC, the tiny vehicle is now the second-best selling EV in the world, following the Model 3.

It's a significant shift in consumer demand for Tesla. China is the Elon Musk-led company's second largest market after the US. The Hong Guang Mini EV goes to show that there's significant money to be made by selling smaller — and more competitively priced — electric vehicles. The question now isn't whether or not Elon and Co. will continue to attempt to compete in China, because he will. The question of how, however, is gonna be the exciting one to watch.

More on Tesla: Texans Are Sleeping In Their Teslas to Survive Freezing Cold