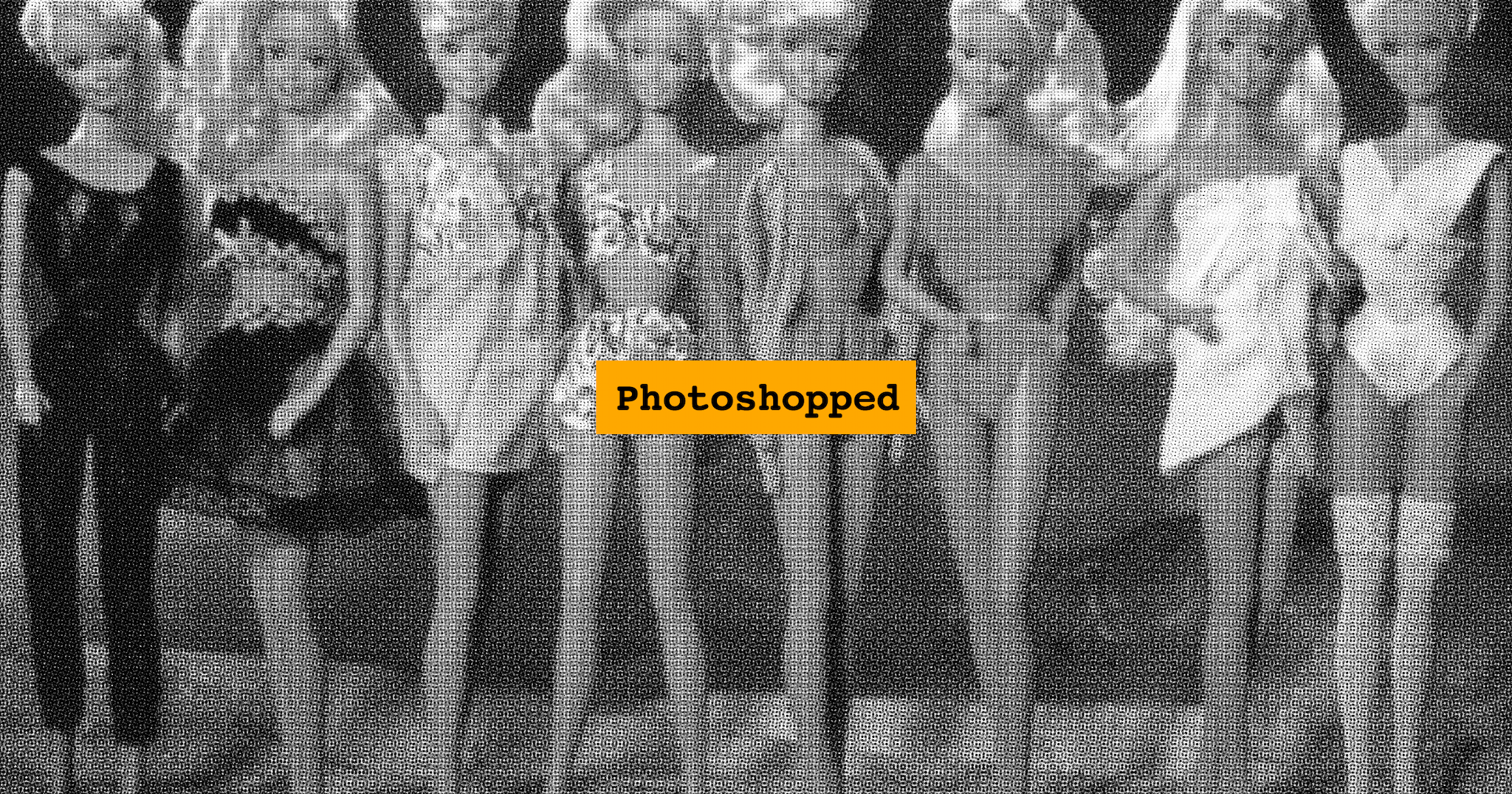 Flat stomachs and thigh gaps are simply everywhere on social media. That can make many women feel inadequate — or even push them into disordered eating. And because it’s the internet, some (lots of) photos might not (definitely don’t) reflect reality. Many users, after all, edit their selfies into unattainable ideals of beauty.

Researchers at Ohio State University may have found a way to reduce the negative impact of retouched Instagram selfies: simply label them as edited.

For the study, published last week in the journal Body Image, the researchers asked 360 female college students to each look at 45 Instagram selfies of thin women wearing revealing clothing. Half the participants saw mostly images that had been marked with an icon indicating that they had been edited or filtered and half saw mostly images with no icon.

Participants who saw the photos that had been marked as edited, they found, were less likely to agree with the statement “Thin women are more attractive than other women.” That’s a sign, the researchers suspect, that marking edited photos could encourage social media users not to internalize harmful ideas about beauty.

“The photos are less influential if women see them as being edited, so cues that images have been altered could potentially reduce the negative effects of thin ideal images,” lead researcher Megan Vendemia said in a press release. “Just being aware of the amount of photo editing that goes on diminishes women’s endorsement of the thin ideal when they view pictures of slender people.”

Of course, it’s hard to say how we’d go about applying this information in the real world. Instagram could conceivably auto-label images with filters added. But forcing people to label images that someone edited prior to uploading? That might be as impossible as achieving one of those perfect bodies we see online.

READ MORE: Is That Selfie Edited? Why It May Matter for Women Viewers [The Ohio State University]

Billionaire Social Media
Twitter Agrees to Elon Musk Takeover
Apr 25
Read More
Beyond the Grave
John McAfee’s Instagram Posted Something After He Died
6. 23. 21
Read More
Brands We Love
Online Counseling Makes Mental Healthcare More Accessible Than Ever
3. 15. 21
Read More
+Social+Newsletter
TopicsAbout UsContact Us
Copyright ©, Camden Media Inc All Rights Reserved. See our User Agreement, Privacy Policy and Data Use Policy. The material on this site may not be reproduced, distributed, transmitted, cached or otherwise used, except with prior written permission of Futurism. Fonts by Typekit and Monotype.