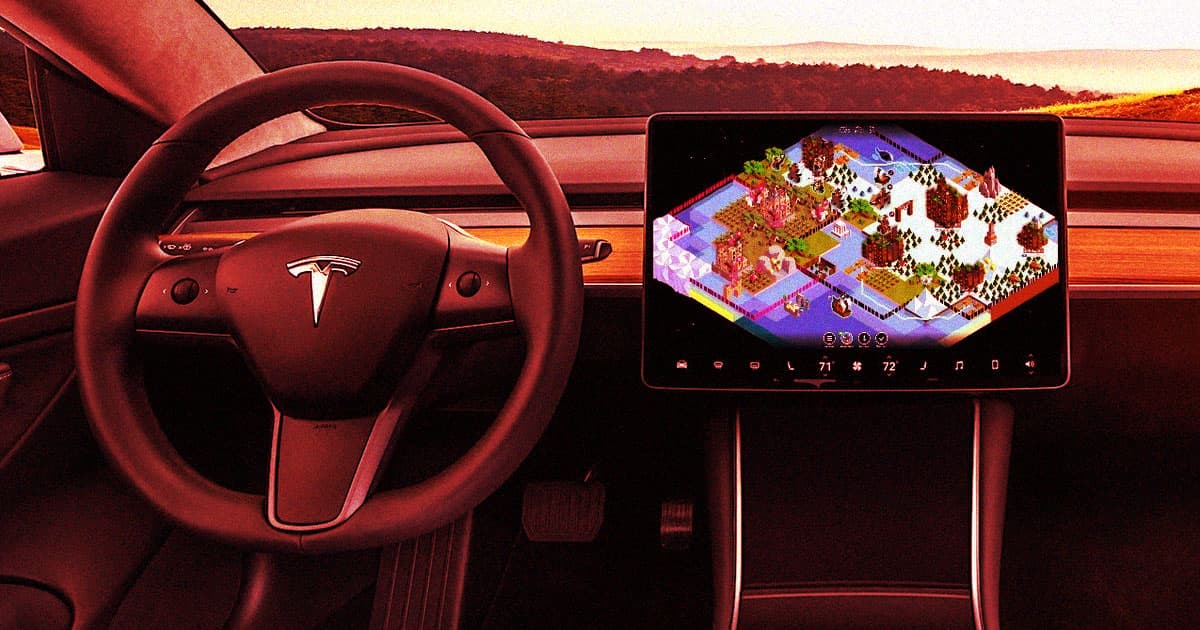 Hands Off the Games

Tesla Under Formal Investigation for Allowing Drivers to Game While Driving

Tesla is now officially under formal investigation for allowing its customers to play a number of games while actively driving the vehicle — a seemingly obvious oversight that could lead to even more distracted driving on the road.

The National Highway Traffic Safety Administration has now kicked off its safety investigation into 580,000 Tesla vehicles sold since 2017 over the issue, Reuters reports.

"This functionality, referred to as 'Passenger Play,' may distract the driver and increase the risk of a crash," reads a summary of the investigation.

Tesla has yet to respond to Reuters' requests for comment.

Not Just for Passengers

The news comes after The New York Times published a damning report earlier this month about how easy it was for a driver to play games, despite the onboard software warning that "playing while the car is in motion is only for passengers."

Just days ago, Tesla added a number of new games as part of its 2021 holiday software update.

The carmaker was already under investigation by the regulator for its infamous Autopilot feature. Since 2018, the NHTSA recorded 11 crashes involving Teslas on the driving assist feature hitting stationary service vehicles.

Tesla isn't the only carmaker in the country allowing passengers — and drivers — to use the infotainment system while in motion. Mercedes-Benz had to recall over 200 US vehicles, according to Reuters, over the oversight causing a possible distraction for the driver.

While driving assist software has come a long way, we are still many years out before we can sit back and play games while our car takes us to our destination unaided.

More on the issue: Tesla Is Now Letting Drivers Play Video Games While the Car Is Moving