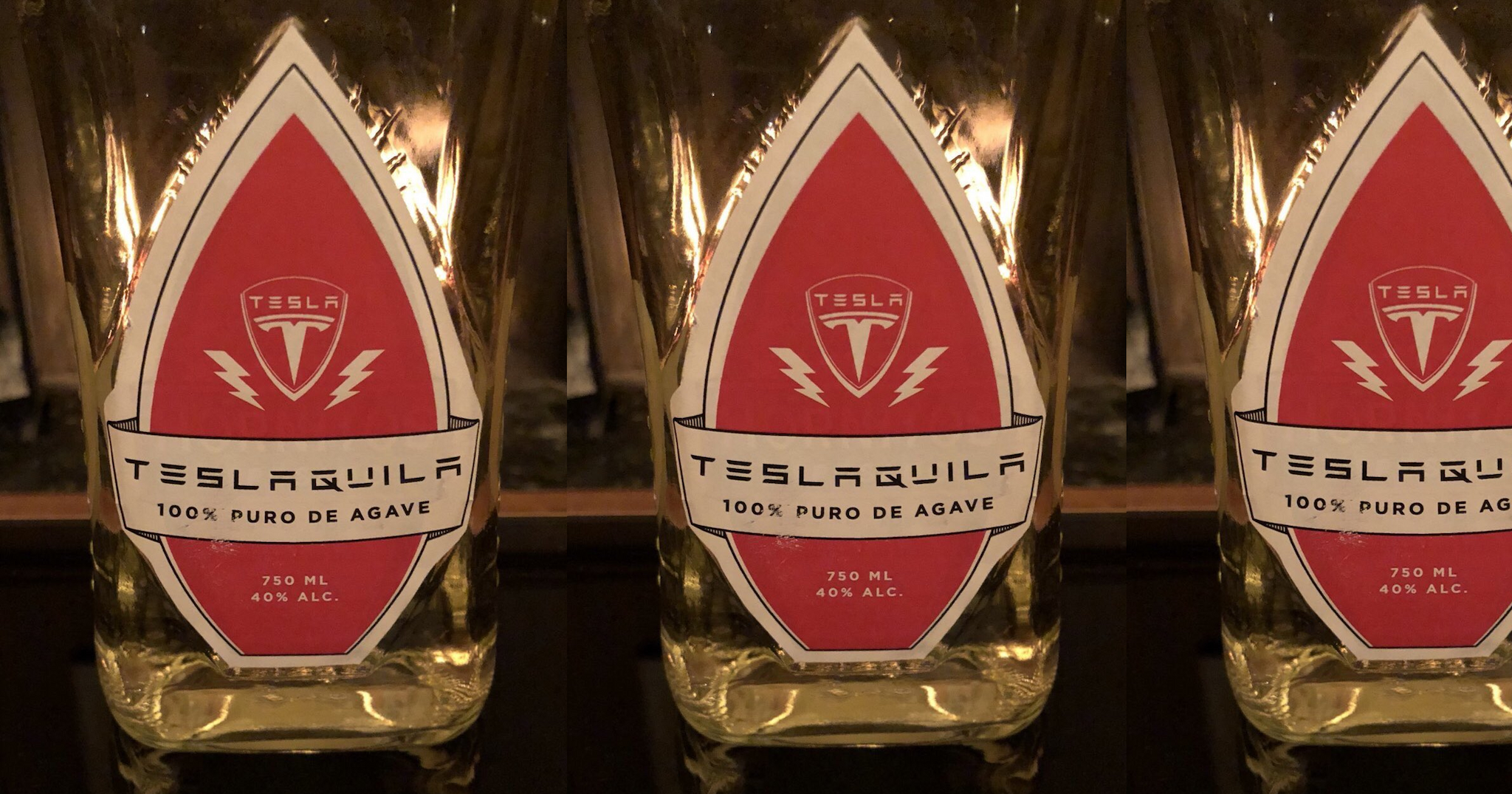 Tesla Filed a Trademark Application for “Teslaquila,” Because of Course It Did

It's not every day that a car company creates a liquor.

It's not every day that a car company creates a liquor.

Tesla is getting into the alcohol business.

Musk seemed to confirm that a liquor was in the works on Friday with a tweet claiming itwas "coming soon." He followed up with a photo of a Teslaquila bottle, which he called a "visual approximation."

Friday's tweets weren't Musk's first references to Teslaquila. The first time he mentioned the product, though, it seemed like a well-timed joke:

On April Fool's Day, Musk tweeted that he had been "found passed out" near bottles of the liquor, "the tracks of dried tears still visible on his cheeks."

Of course, a trademark application is no guarantee that a product will actually hit store shelves.

The liquor could be a clever marketing stunt or a source of short-term revenue for the troubled energy company — or, more likely, some combination of the two.

More on Tesla: The Five Funniest Things about the SEC’s Lawsuit against Elon Musk