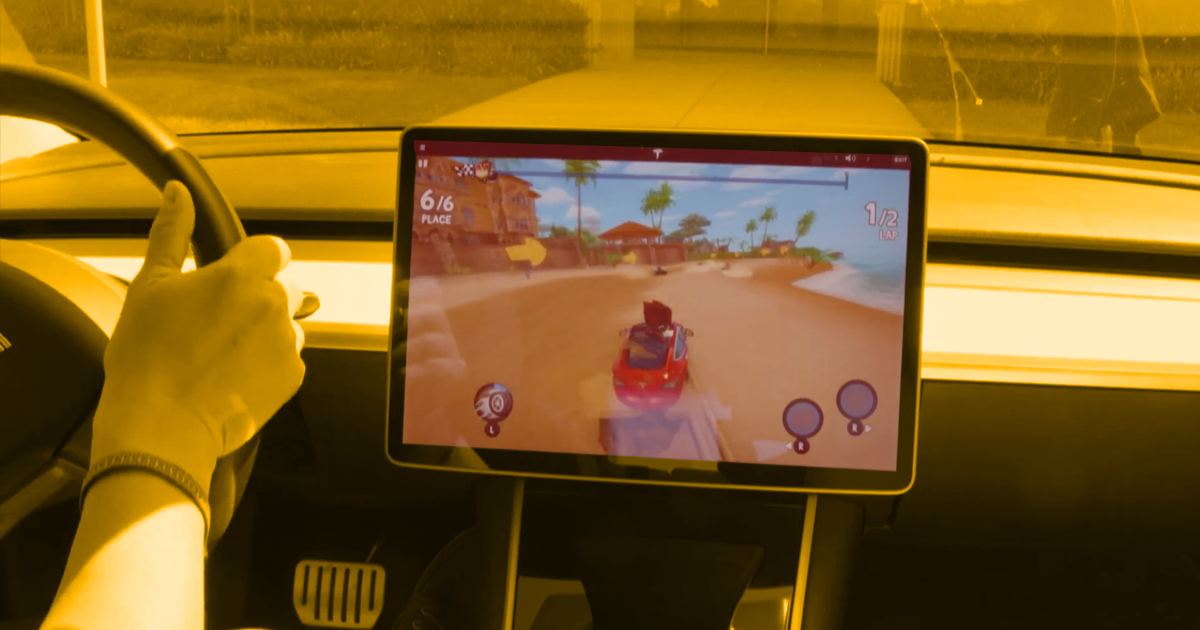 Elon Musk: "I mean, if you have a racing game and you have a steering wheel..."

Elon Musk: "I mean, if you have a racing game and you have a steering wheel..."

Tesla periodically adds new video games to its vehicles’ infotainment systems — but the company’s newest addition is unlike any of its predecessors.

While using a controller to play “Cuphead” or old Atari games in your car is no doubt novel, Tesla CEO Elon Musk announced plans on Thursday to add the 2018 mobile racing game “Beach Buggy Racing 2” to Teslas — and rather than using a traditional controller to command their virtual vehicles, Tesla owners will be able to use their car’s actual steering wheel and brakes.

Musk revealed the news while on stage with video game journalist Geoff Keighley and Todd Howard, director of Bethesda Game Studios, at the Electronic Entertainment Expo in Los Angeles.

“I mean, if you have a racing game and you have a steering wheel… it’s sitting right there, waiting to be steered,” he said after showing footage of a driver playing the game in their car.

No word yet on when the game will hit Tesla systems. But what we do know is that the gas pedal won’t be involved when it does — which should ensure a fun game doesn’t take a dangerous turn.

“The brake is wired in,” Musk said, according to Vice. “And I think we’ll probably have the scroll wheel for the gas pedal just so somebody doesn’t accidentally…”

“Launch themselves,” Howard said, finishing the macabre but reasonable thought.