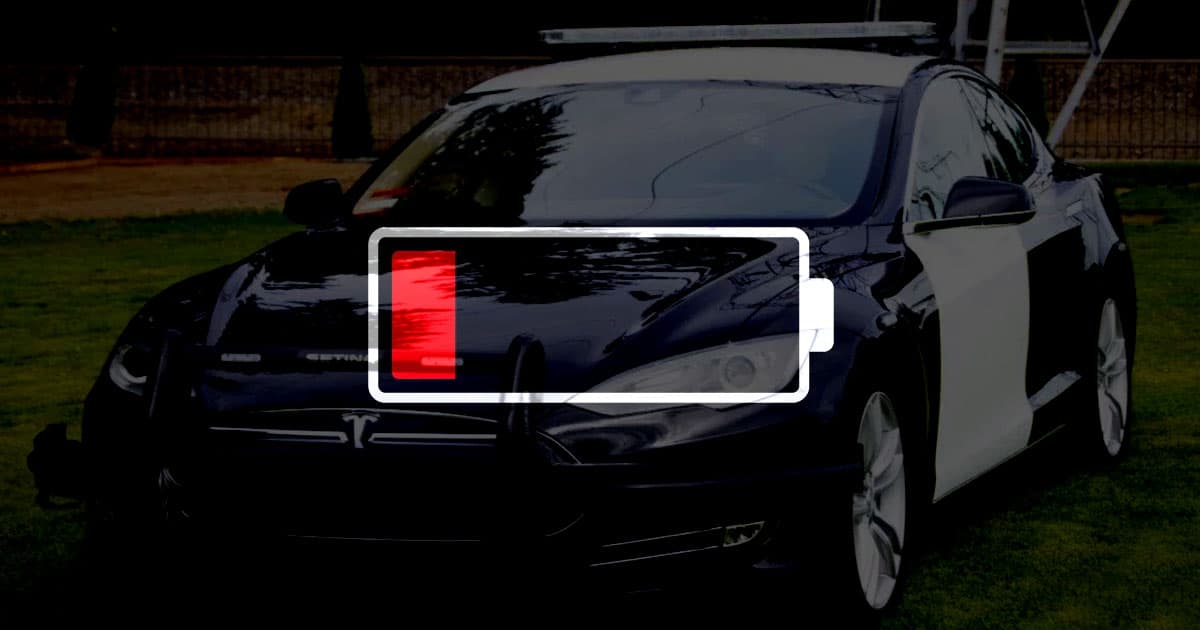 This is what happens when you forget to charge your cop car.

This is what happens when you forget to charge your cop car.

According to CBS San Francisco, a Fremont police officer had to cut a high-speed highway pursuit short after his modified Tesla Model S cop car's batteries ran down.

"The Tesla wasn’t fully charged at the beginning of the shift," a Fremont police spokesperson told the station. "This unfortunately happens from time to time even in our vehicles that run on gas, if they aren’t re-fueled at the end of a shift."

The hot pursuit had to be called off anyway when the situation became too unsafe. According to reports, the chase reached speeds of about 120 mph. The suspect vehicle was found later after it was abandoned in San Jose.

"I am down to six miles of battery on the Tesla so I may lose it here in a sec," Officer Jesse Hartman said when radioing in during his chase, according to the East Bay Times. "I’ve got to try to find a charging station for the Tesla so I can make it back to the city."

The vehicle is part of a test to see if electric vehicles are suitable for police use. It was bought in 2018 for just shy of $61,000.

"We are easily able to make it through an 11-hour shift with battery power to spare," Fremont Police Captain Sean Washington told the East Bay Times.

READ MORE: A Tesla police cruiser ran out of battery during a high-speed pursuit because someone forgot to charge it [Business Insider]

More on the vehicle: This Police Department’s New Cop Car is a Tesla