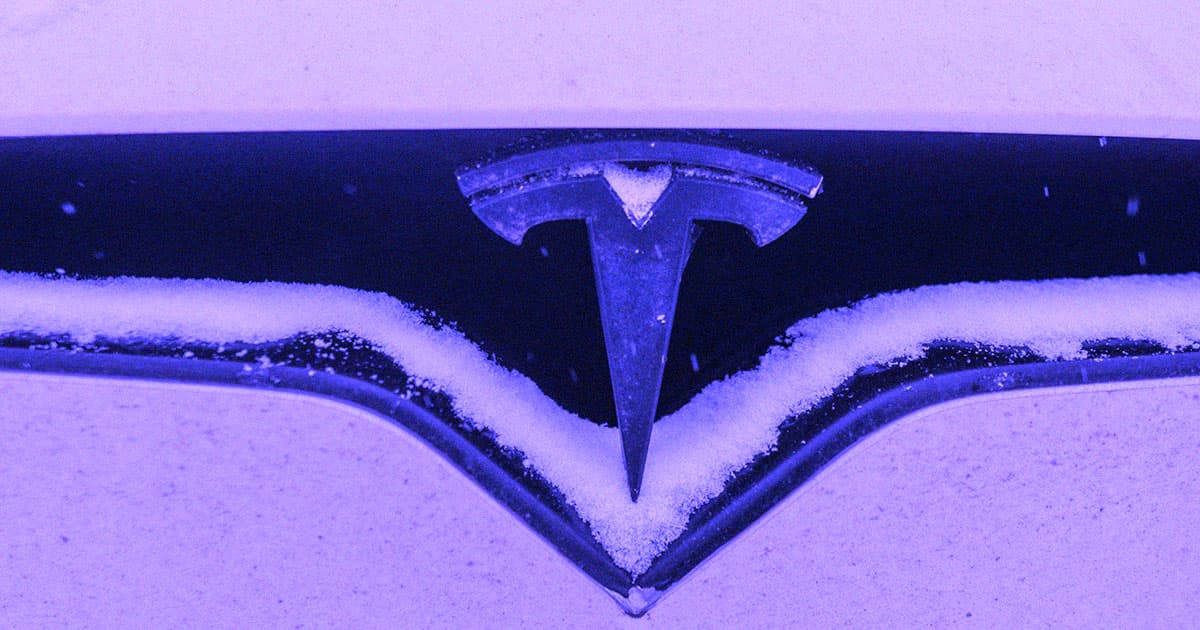 Don't listen to the haters.

Don't listen to the haters.

If you ever find yourself in a traffic jam from hell, you'd be well-equipped if you were in a Tesla.

Earlier this month, apocalyptic snowfall triggered a massive traffic jam in Virginia that lasted for 48 miles and 30 hours. The event led to a controversial Washington Post opinion piece that claimed it would have been worse if all the cars had been electric vehicles.

The argument: Tesla drivers could freeze in their "out of juice EVs" and need a tow.

To refute the laughable claims, one YouTuber took matters into his own hands. He set up his own experiment and found that both a 2020 Model X and 2021 Tesla Model Y fared quite well when idling in below-freezing temperatures to keep their occupants warm.

Many of the conditions in the experiment done by vlogger Dirty Tesla were similar to or even worse than the Virginia jam. The vlogger lives in Michigan, where temperatures hovered between a bone-chilling 12 and 15 degrees Fahrenheit during the experiment — and as CleanTechnica noted, temperatures were in the lower 20s in Virginia during the epic snowstorm.

In other words, the vehicles were never really at risk of running out of juice during the epic traffic jam.

Though Dirty Tesla used solar energy to charge his Teslas, he helpfully noted how much energy it would take and how much it would cost to charge without solar panels — and his findings were pretty amazing.

After initially setting the in-cabin temperature to a balmy 70 degrees, the vlogger found on his 12-hour check that the 2020 Model X went from 90 percent to 47 percent of its battery capacity, and while the 2021 Model Y went from 91 percent to 58 percent.

He then turned the temperature down to 60 degrees — and at 18 hours, the Model Y (which was the only one he gave the results for) only dropped an additional 10 percent.

Obviously, a car sitting in a driveway isn't the same as one sitting on the highway — a toasty living room is only a couple of feet away — but at the very least, this kind of experiment suggests that electric cars and their batteries are far more resilient to frosty temperatures than the naysayers might think.

READ MORE: How Long Can A Tesla Keep You Warm In A Frozen Traffic Jam? “Dirty Tesla” Finds Out [Clean Technica]

More on traffic: Elon Musk's Tunnel Mocked for Getting its Own Traffic Jam