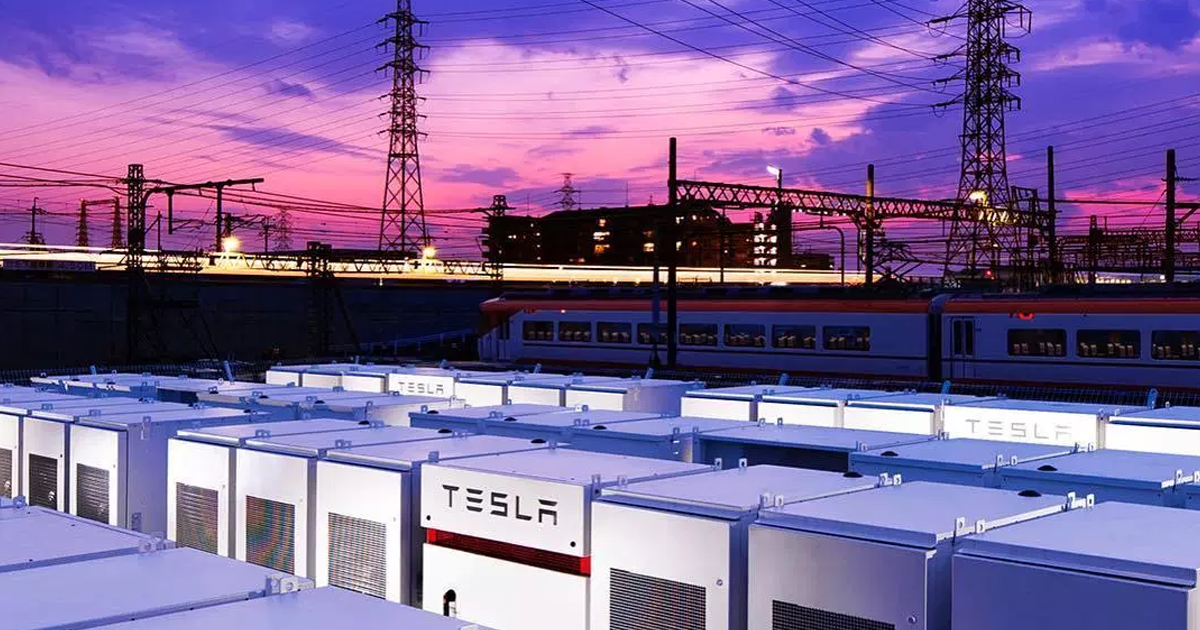 Tesla Installed a Massive Powerpack in a Japanese Train Station

Tesla just built what Electrek claims is Asia's largest energy storage system at Osaka's extremely busy train station in Japan — in just two days. Rather than providing households cheaper and reliable power, it's designed to make sure trains at the station don't get stuck and help reduce energy demand on the Osaka grid during peak hours.

"In the event of a grid outage, this Osaka Powerpack installation is designed to provide emergency backup power to safely move a train and its passengers to the nearest station," Tesla wrote in a tweet.

Tesla has built larger power reserves at the Hornsdale Wind Farm in South Australia, the "largest lithium-ion battery in the world" according to the farm's website. And at 129 MWh, it's a whole lot bigger than the Osaka's 7 MWh station.

Tesla showed off a time lapse of the insanely quick installation of the Osaka Powerpack system on Instagram.

Osaka's new power station is part of Tesla's much broader push to bring the advantages of efficient energy storage to clients all over the world. According to an analysts briefing in January, Tesla CEO Elon  Musk claimed that Tesla deployed 1.04 GWh of battery storage in 2018, three times the total roll out of 2017.

In the event of a grid outage, this Osaka Powerpack installation is designed to provide emergency backup power to safely move a train and its passengers to the nearest station. The 42 Powerpack battery system will also help reduce energy demand on the Osaka grid during peak hours – hardware install completed in two days! tesla.com/powerpack