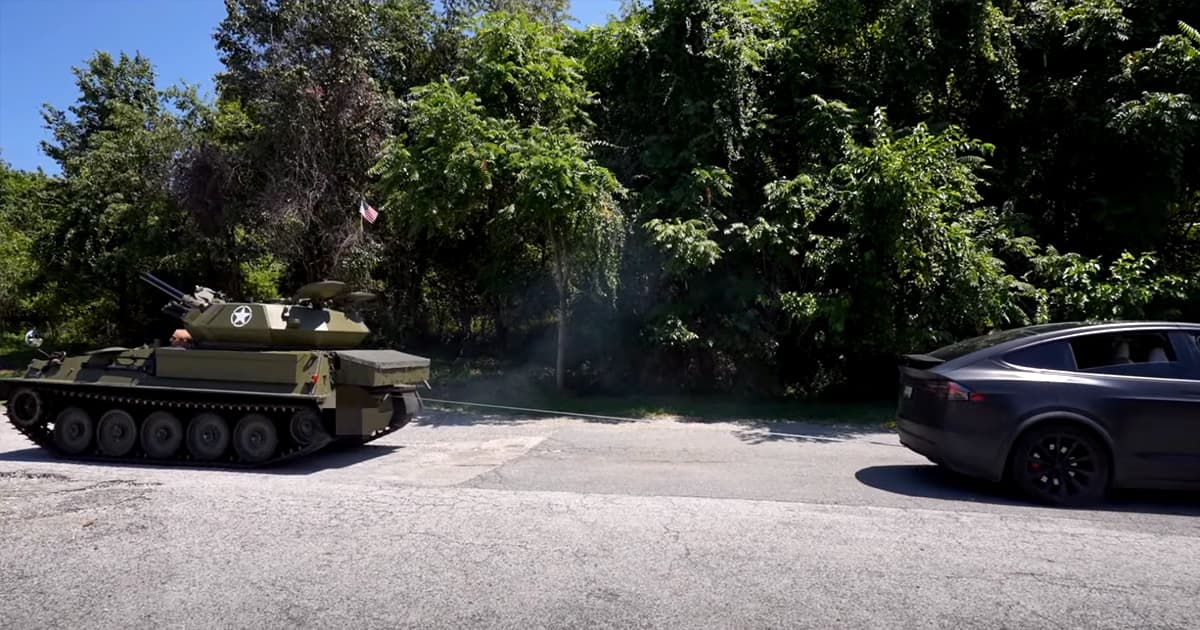 You will believe what happens next.

You will believe what happens next.

Here's a question you probably never asked yourself: In a tug of war with an (almost) tank, how would a Tesla Model X fare?

Thanks to the ragtag group of kids behind the YouTube channel "Dobre Cars," we now have an answer.

The team tied a flimsy rope to the back of a UK-designed Combat Vehicle Reconnaissance Tracked — an armored fighting vehicle that's been in use for decades around the world, but which technically isn't a tank, as Motor1 points out — and tied the other end to the back of a Tesla Model X SUV.

And, yep, the results were predictable. The yellow rope snapped under the pressure almost immediately, so they replaced it with a steel cable.

Once the real tug of war — a truly agonizing seven minutes and 45 seconds into the video — finally started, we got the next set of unsurprising results. The 20,000 pound armored vehicle effortlessly dragged the 5,500 pound electric SUV behind it, causing the wheels to spin out uselessly on the pavement.

In fact, all the armored vehicle had to do was let off its brake to overpower the Model X.

After all, it's not only a battle of torque but predominantly a battle of traction. Turns out, a giant and extremely heavy military vehicle on tank treads has a lot more of it than four puny rubber tires.

So there you have it folks: Teslas aren't capable of breaking the laws of physics, after all.

More on tug of wars: Watch a Half-Scale Cybertruck Beat a Ford F-150 in a Tug of War