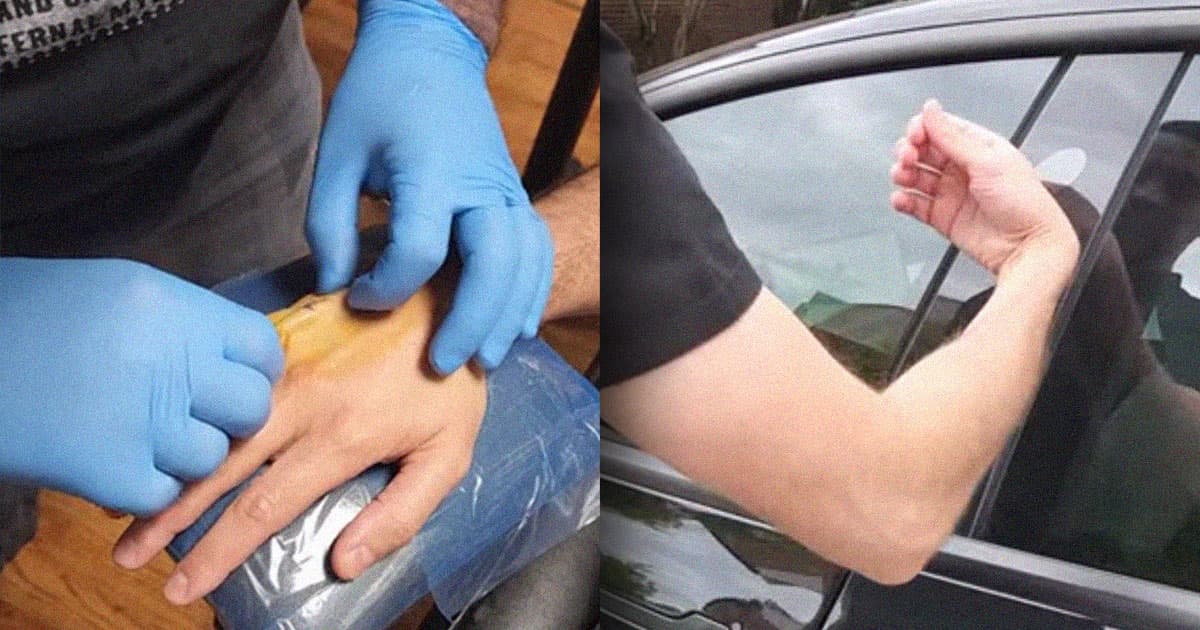 Did You Need To

Talk about a superfan!

Talk about a superfan!

Losing keys — car keys, house keys, any key — is awful. Just ask Tesla owner Brandon Dalaly, who recently went to extreme lengths to make sure that he's got his keys on hand (or, well, in hand) at all times. Thanks to a biotech startup called VivoKey, the Tesla fan now has a contactless, Tesla-unlocking microchip implanted in the flesh of his right hand.

Dalaly — who's in the beta group to test this specific NFC VivoKey chip, called the Apex chip — revealed his modification in a gruesome video in which he showcased the piercing procedure he underwent to insert the chip, as well as a successful attempt to unlock his car afterward.

"I'm in a beta group of around 100 people and the [VivoKey Apex chip] can do secure transactions and java card applets," Dalaly told Teslarati. "The company that put this together literally has its own app store where you can wirelessly install apps into your body with these chips."

This isn't Dalaly's first in-hand VivoKey chip. As he told Teslarati, there's one in his left hand as well, which is linked to his house key, medical information, vaccination card, and a few other useful documents.

"The whole idea was that I would have my house key in my left hand and my car key in my right hand," Dalaly told the site, adding that he hopes to link a credit card to his new chip as well. That way, he says, "I can use it anywhere where there are tap-to-pay terminals."

According to Dalaly, the chips are covered with biocompatible materials like biopolymers and bioglasses — that way, as he continued to Teslarati, the body's natural tissues can accept and adapt to the chip. They can also apparently glow, which is fun.

Convenient? Horrifying? You decide. For what it's worth, Dalaly seems pretty happy with the results, although he does want people to know that installing the chip doesn't mean he's into devil worship.

"There's the religious people who have sent me a bunch of weird comments on Facebook... there's something in the 'Book of Revelation' that talks about this mark in your hand or forehead that shows your allegiance to Satan or something like that," Dalaly told Teslerati. "I just don't want to have to worry about forgetting my car keys. I'm not over here worshiping Satan."