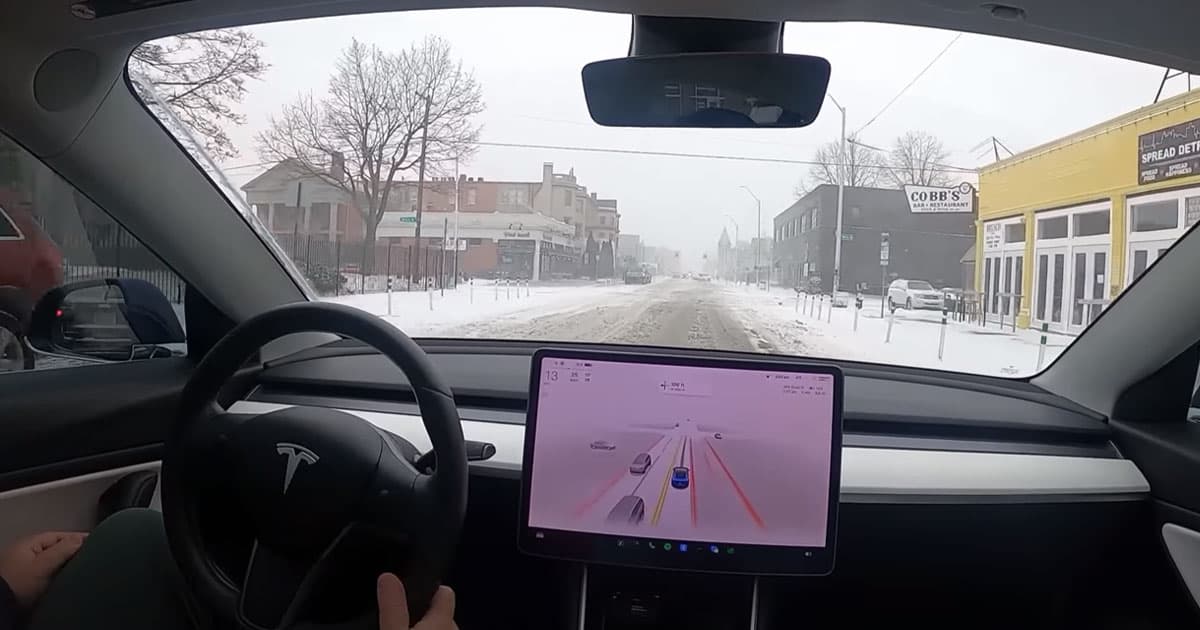 "I don't think they've trained the neural nets at all for snow still."

"I don't think they've trained the neural nets at all for snow still."

Tesla is still offering an unfinished version of its misleadingly-named "Full Self-Driving" software to drivers on public roads — and as a recently surfaced video goes to show, the electric carmaker still has a lot of work to do before it's actually safe to use.

As spotted by InsideEVs, a video posted by YouTube account Detroit Tesla shows a driver slipping and sliding on the city's snow-covered roads with FSD turned on, a terrifying demonstration of the software's serious shortcomings.

And that doesn't bode well — Tesla recently expanded access to a beta version of the controversial feature to anybody who's willing to shell out $15,000 for it. But the reality is that while the vehicles can kinda-sorta deal with California's perfect weather, the system is nowhere near prepared for inclement conditions elsewhere.

The footage speaks for itself: the vehicle appears to race down a snowy street at risky speeds and struggles to come to a full stop, causing the wheels to lock out while decelerating hard.

At one point, the vehicle appears to veer off into the curb, presumably a result of its cameras not being able to distinguish between the road and sidewalk.

To be clear, we're not talking about several feet of snow — these are average winter conditions for a city like Detroit.

"I don't think they've trained the neural nets at all for snow still," the driver says in the video, "because as you've probably seen they still need quite a bit of improvement."

"I can't even get my sentences out without the car going nuts," he complained, arguing that he had a very comparable experience a year earlier in similar conditions.

In short, despite of its marketing, Tesla still has a very long way to go before its vehicles can actually "fully" drive themselves in average weather conditions.

Worse yet, as the video shows, there are very real dangers to using the feature on public roads without paying close attention.