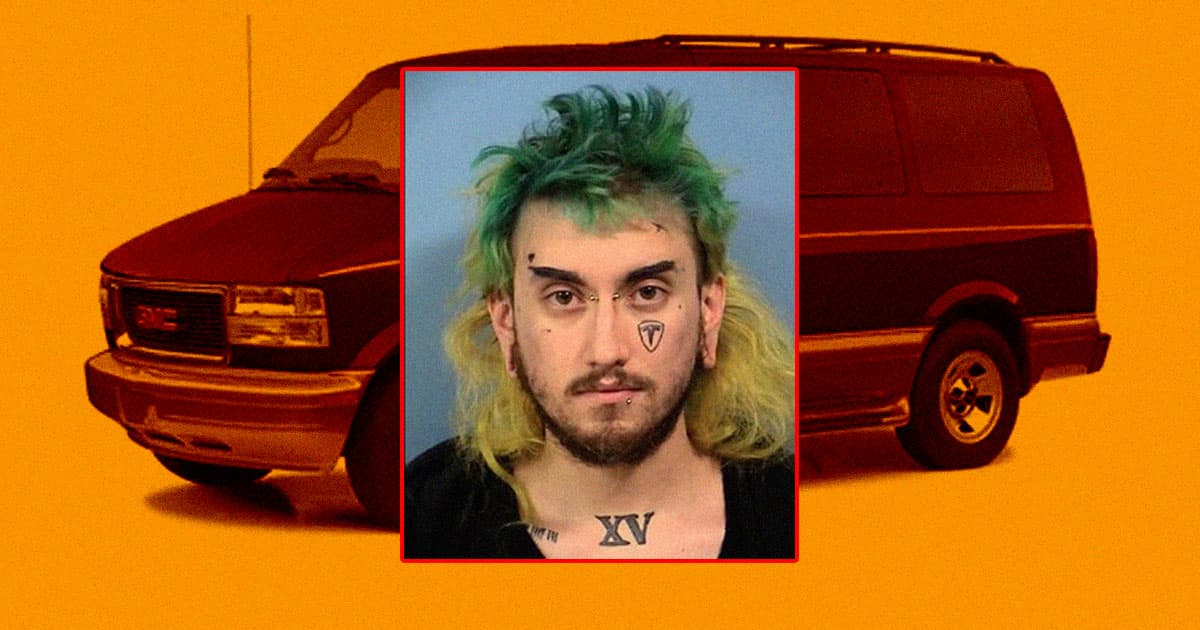 Maybe the ink is aspirational?

Maybe the ink is aspirational?

An apparent Tesla fanboy, who sports the company's logo inked on his cheek, was arrested over the holiday weekend and charged with driving under the influence in Illinois — and no, he was not driving a Tesla.

As The Smoking Gun reports, 25-year-old Jordan Lindsey was, according to police, drunk on Thanksgiving when he crashed his uninsured and unregistered 1992 GMC Safari. He was arrested early Friday morning and charged with an aggravated DUI, as he was both driving under the influence of alcohol and driving on a suspended license.

To add insult to injury, the Wisconsin native who now lives outside of Elmhurst, Illinois had his license suspended over a similar charge in the the Badger State, and has a pending disorderly conduct misdemeanor there as well, alongside a number of other vehicular charges.

Though he's definitely not the first person to get a Tesla logo tattoo, Lindsey does appear to be the first person who inked their love of Elon Musk's electric car company onto his facial flesh and then get arrested afterwards.

He's also, of course, not the first Tesla fan to be arrested, nor the first drunk one, so in that respect, Lindsey's in great company.