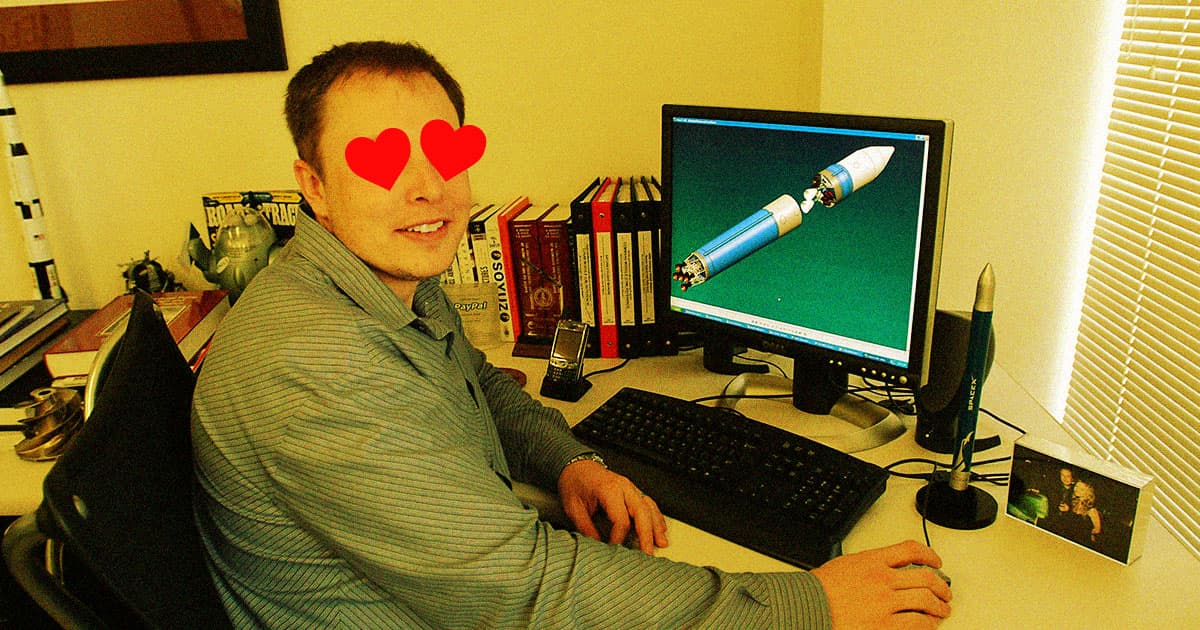 Tesla Defenders Describe How They Got "Hooked" On Elon Musk

"You know how you go to Vegas, hit the jackpot once, and you’re addicted? That’s how I got hooked."

"You know how you go to Vegas, hit the jackpot once, and you’re addicted? That’s how I got hooked."

The Tesla fanboys are not OK — and now, some of them are admitting as much.

"Elon tweeted my video — of my car parking itself in my garage — and it was the first time I really had a big tweet," neuropsychologist Earl Banning, a Musk superfan who's racked up close to 90,000 Twitter followers in the Teslasphere, told NY Mag. "You know how you go to Vegas, hit the jackpot once, and you’re addicted? That’s how I got hooked."

But just as Musk giveth, his detractors taketh away.

"They called themselves the Shorty Air Force — as in short seller — where they would use drones and say, 'See, Tesla can’t sell these cars, so they’re stashing them in these parking lots,'" Paquette claimed. "They had this whole conspiracy theory."

The duo went on to describe other purported conspiracies promoted by detractors, including some that they claim ran "Tesla death sites" full of misleading statistics about the electric vehicles' safety. They also admitted, though, that in more recent times that sort of flame warring has died down, even though they occasionally still jump into the muck for love of the game.

The pair, who appear to know each other primarily online, also made another rare admission — that Musk "is not always on his best behavior, and some of Elon’s superfans will defend him at all cost, no matter what he says or does," as Paquette said.

"In the beginning," Banning said, "maybe it was a little more of a cult mentality."