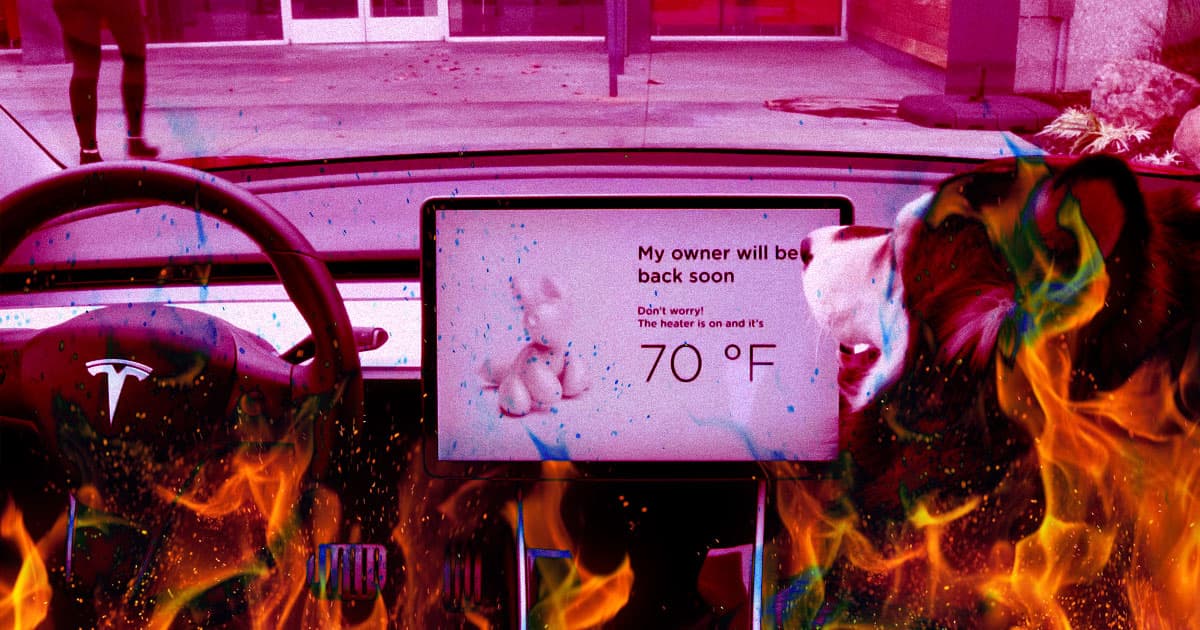 But Elon Musk says a fix is on the way.

But Elon Musk says a fix is on the way.

Tesla’s plan to keep dogs safe while their owners run errands has a dangerous flaw — but thankfully, the company is already working to fix it.

In February, Tesla added a new Enhanced Autopilot feature called “Dog Mode” to its cars. When enabled, the setting lets a driver park their car, but keep the air conditioner running — the idea being they could then safely leave their pooch in the vehicle if they need to step out momentarily.

A message on the center console’s display would even note the temperature in the car so passersby would know that the dog was safe.

But on Wednesday, Tesla owner Rahul Sood tweeted a disturbing message to Tesla CEO Elon Musk letting him know about a serious flaw in the feature.

“Today I used dog mode and luckily I kept the app open, to my horror the car was 85 degrees and climbing!” Sood wrote. “Dog mode only works if in auto, if you manually set the fan and leave the AC turns off.”

Musk swiftly replied to Sood’s tweet, letting him know Tesla would fix the issue — but for now at least, anyone planning to leave their pet in their Tesla while running errands will need to double check that they don’t manually change the car’s fan speed first.