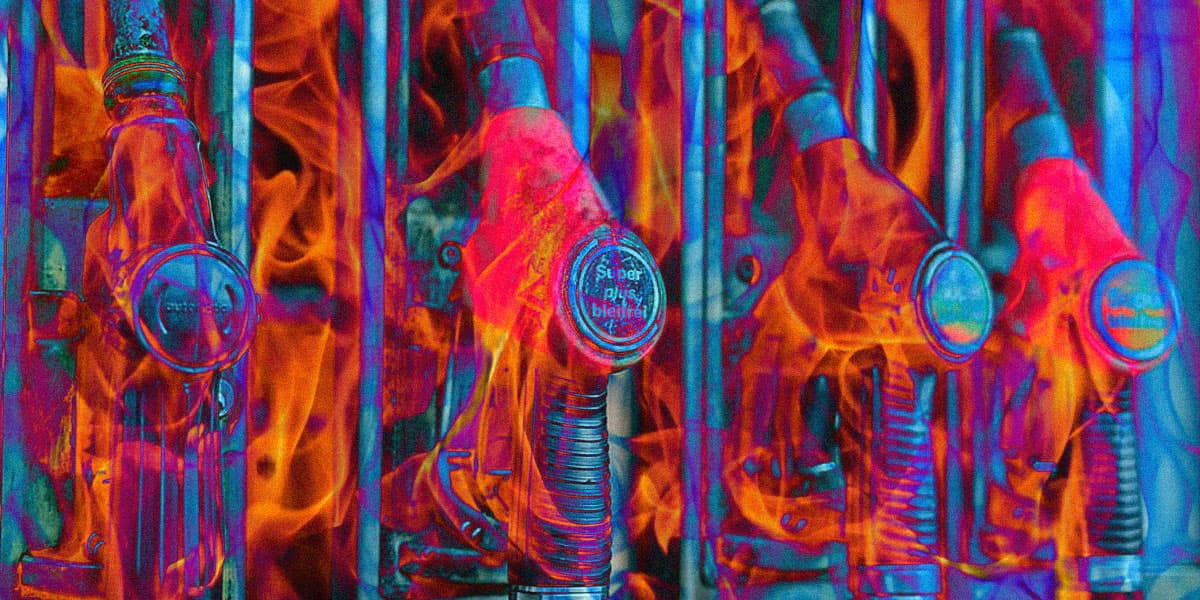 "They'll reignite... as soon as you stop flowing water and it looks like it's out, it'll just reignite."

"They'll reignite... as soon as you stop flowing water and it looks like it's out, it'll just reignite."

An underage driver has been charged with driving while intoxicated after crashing a Tesla Model X into a traffic pole and then a pump at a gas station in west Austin, Texas on Thursday.

Fortunately, nobody got hurt, including the driver, who managed to jump out of the vehicle before it burst into flames. The hair-raising incident didn't ignite the station's gasoline supply, fortunately — though, ironically, fires raged from the vehicle's batteries for hours, in yet another incident of local departments struggling to put out an electric vehicle fire.

According to ABC13, the local fire department had to use 40 times the amount of water to put out the Model X fire that would have been required to put out a conventional fuel-powered car fire.

"I mean the car obviously runs completely off battery power," local fire chief Thayer Smith told the station."There's a battery pack underneath the frame. So that's another part that makes it hard to get to."

"Plus, once it's burning, they are extremely hard to put out," he added. "They'll reignite... as soon as you stop flowing water and it looks like it's out, it'll just reignite."

It's not just electric vehicles catching fire. The news comes two weeks after a fire broke out at a Tesla battery power station in Australia. It took 150 firefighters four days to put out the blaze, according to Insider.

There have also been ominous reports of charging electric vehicles randomly catching fire inside people's homes, although the risk compared to gas-powered cars remains unclear.

Regardless, the incidents go to show that the potential for disaster is there — and that fire departments are still learning to deal with battery conflagrations.

More on battery fires:Electric Cars Have One Problem: They Keep Lighting People's Homes