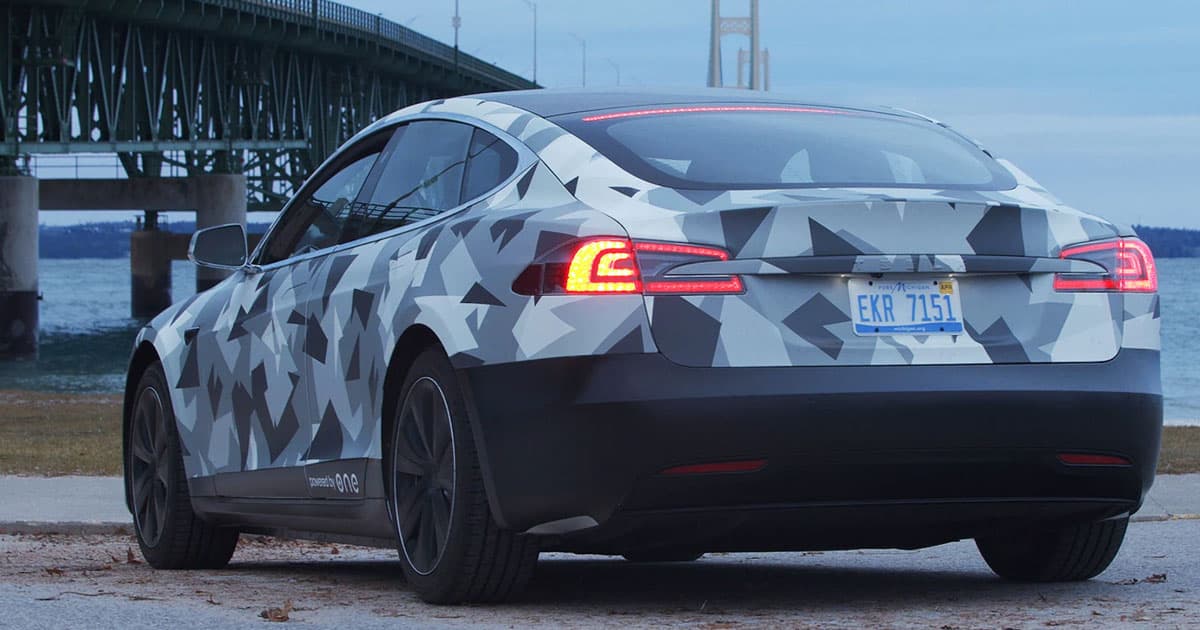 Double the kilowatt-hours in the "same space as the original battery."

Jan 6
Our Next Energy

Double the kilowatt-hours in the "same space as the original battery."

Michigan-based startup Our Next Energy (ONE) installed a new battery in a Tesla Model S — and it says the upgrade allowed the vehicle to cover an astonishing 752 miles on a single charge.

The startup installed a much higher capacity battery in the sedan, according to Car and Driver, boosting its range by almost 90 percent compared to its EPA-rated 402 mile range.

The new battery had a capacity of nearly double the kilowatt-hours, adding an impressive 99.8 kWh of energy compared to the Tesla’s original battery, according to Electrek.

ONE CEO Mujeeb Ijaz told Car and Driver that the company managed to cram the new battery pack, dubbed Gemini 001, into the “same space as the original battery,” but using “safer” and more “sustainable” methods — an impressive feat of next-gen battery technologies.

In a December test, the Model S braved icy Michigan temperatures, driving almost 14 hours at an average 55 mph. On a dynanometer, essentially a treadmill for cars, the car managed to keep up a steady 55 mph pace for an even more astonishing 882 miles.

Despite the promises of a more sustainable approach to EV batteries using a “conflict-free supply chain,” according to Car and Driver, the company is still relying on lithium-based compounds, which come at a huge environmental cost.

The battery used in the Model S test, however, used high-energy cobalt-nickel cells instead. Cobalt has also been linked to unethical and environmentally costly mining practices.

Still, it’s an impressive feat that goes to show we can pack a whole lot more energy into a single electric car’s battery — and that bodes well for the future adoption of electric alternatives, as range anxiety is still a pretty big limiting factor.

While we’re still relying on some very harmful resources to produce batteries, EV makers are actively looking to reduce both their environmental and ethical burden on the world by looking to go cobalt-free in the long-term.

Hopefully, more widespread EV adoption will get us there.