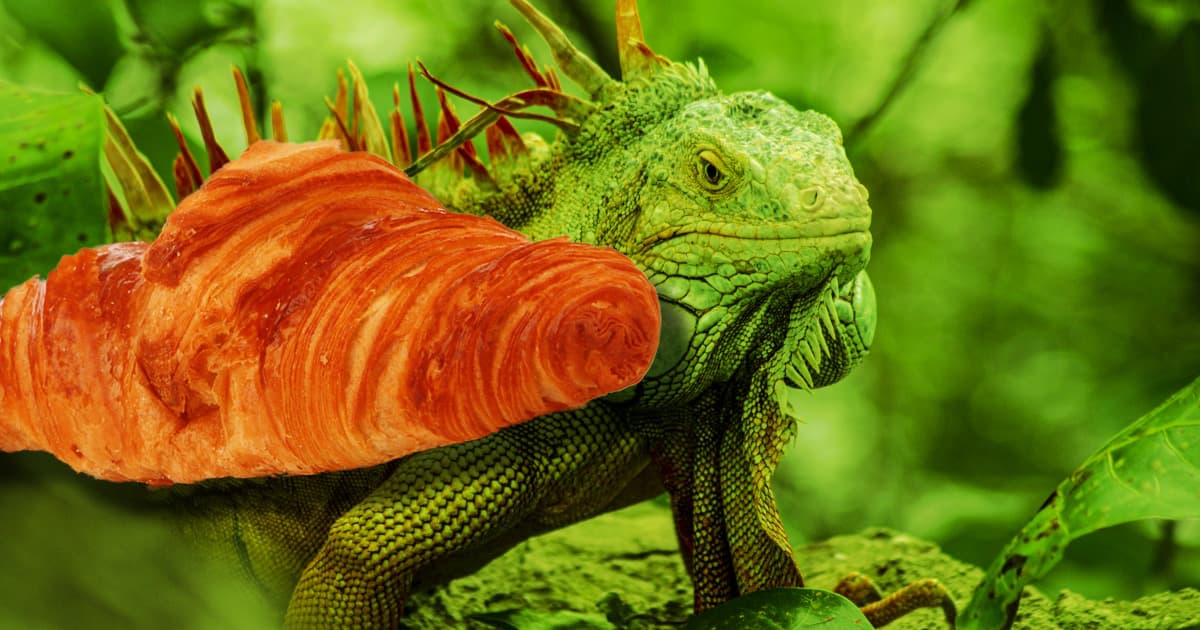 Terrifying Mutated-Looking "Creature" Turns Out to Be a Croissant

Turns out it wasn't an escaped iguana after all.

Turns out it wasn't an escaped iguana after all.

A mysterious creature caught in a tree caused residents in Krakow, Poland, to shut their windows and hunker down.

"People aren't opening their windows because they're afraid it will go into their house," a woman recalled, as quoted by the BBC.

The putative creature spent two days in the tree worrying onlookers. Eventually the Krakow Animal Welfare Society was called in, not sure what to expect. What they found was as amusing as it was unexpected: a croissant stuck in a tree.

According to a post on the Society's Facebook page, a woman who called the sighting in said she thought the mysterious entity was an iguana.

When the inspectors arrived, they were looking for a mysterious legless and headless reptile stuck high up in a lilac tree.

"It is difficult to help something that has been previously baked, but not by the means of the Sun's rays," an official quipped in the post, as crudely interpreted by Google Translate.

Helpfully, the Society took the opportunity to remind residents that it is still very much worthwhile to report any concerning sightings of animals in trouble, adding that they're still taking donations — which may or may not go toward future croissant rescues.

More on creepy creatures: This Creepy Toddler-Sized Robot Will Haunt Your Dreams