This Creepy Toddler-Sized Robot Will Haunt Your Dreams

Great, now even horror movie child actors are out of a job. Thanks, robots. 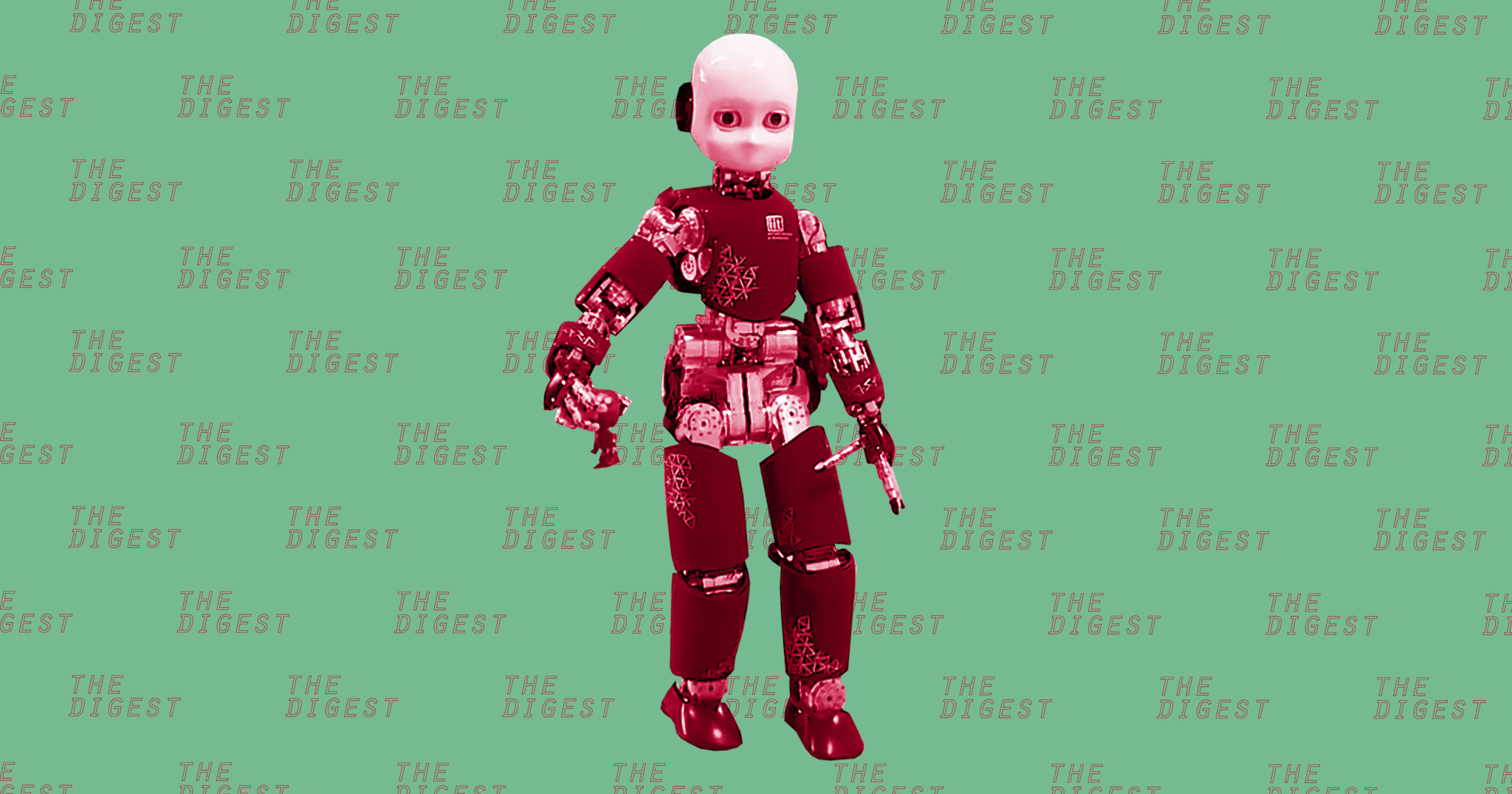 COME PLAY WITH US

Forget the Terminator. Forget the robot dog from "Black Mirror." The award for the scariest automaton we've ever seen goes to this toddler-sized robot, clumsily imitating a researcher's motions with horribly empty eyes.

This nightmare's name is iCub, an open source humanoid robot created by researchers at the Italian Institute of Technology (IIT) with support from the European Union. Since it debuted a decade ago, according to the project's web site, the pint-sized bot has been used by 20 labs around the world.

The idea behind iCub is to explore "embodied cognition," the theory that human intelligence is fundamentally related to the experience of navigating the world. So iCub is designed to explore its environment like a toddler, by crawling and manipulating objects — or tottering around a lab with jerky, horror-movie-special-effect-style movements.

In the clip, iCub used its 53 motors to let a researcher at IIT at "telexist" with it, controlling its movements and seeing through the toddler-sized robot's eyes — or, you know, cameras — using a VR headset and an "omni-directional mill" that picks up gait.

The project is described in a paper uploaded earlier this month to arXiv, which found that users could learn to control the robot with an ease that demonstrates a "good starting point to guarantee successful full immersion teleoperation and telexistence."

It's an impressive technical achievement, but iCub's shuffling, slow-motion gait illustrates the shortcomings of contemporary robotics — and staves off the inevitable startup that will let parents rent a playmate for the socially awkward kid. At least for now.

READ MORE: iCub is the Robot That is Equally Cute and Creepy [Hackaday]

More on robotics: This Robot Just Gets Us