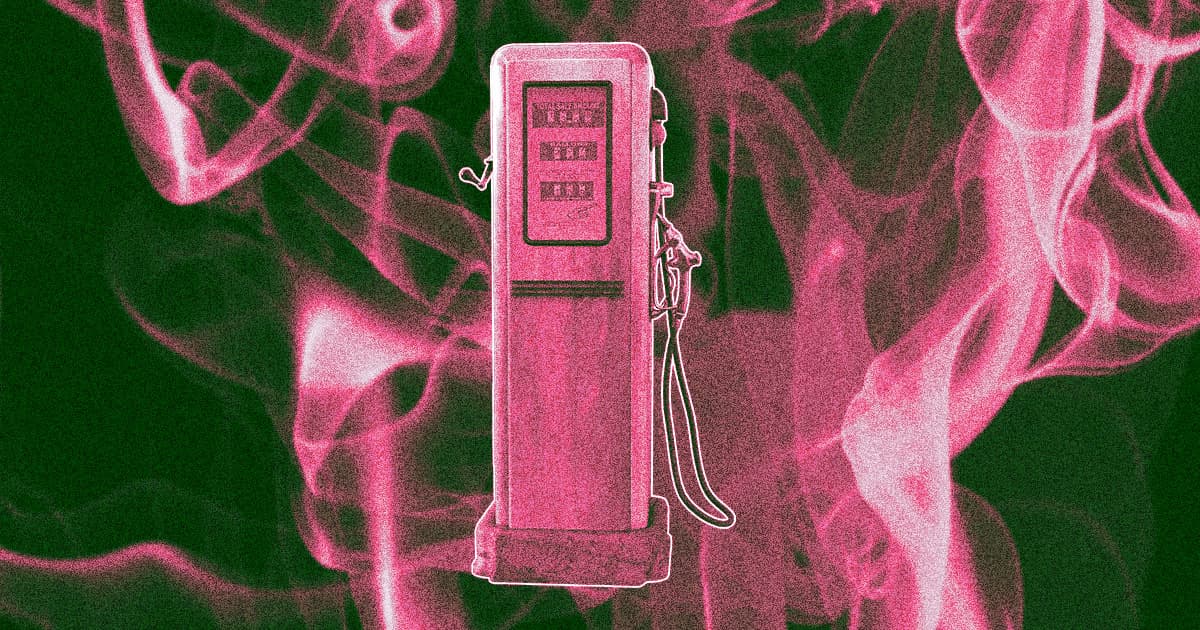 It pulls fuel out of the air — using only renewable energy.

It pulls fuel out of the air — using only renewable energy.

A team of scientists seems to have developed a cleaner way of generating fuel for gas-burning cars — using nothing but renewable energy.

The new process takes carbon dioxide and water and then combines them into the fuel methanol using electricity generated from nothing more than the daily rise and fall of temperatures. And while methanol can be used as fuel in some cases, The Drive notes that it can readily be further converted into synthetic gasoline, giving gas guzzlers a far cleaner alternative to oil freshly extracted from the ground.

Typically, converting carbon dioxide to methanol takes extremely high temperatures. But the team of researchers in the Chinese university system developed two-dimensional nanoplates that can harness enough electricity just from the temperature change between day and night, according to research published Tuesday in the journal Nature Communications.

The system has only been tested in a small-scale laboratory setting, so the scientists only converted tiny quantities of carbon dioxide into methanol molecules. But after a few day-night cycles, the plates generated enough electricity to reliably complete the process.

Of course, this cleanly-synthesized methanol will still burn and give off greenhouse gases whenever it's used, so even this new process wouldn't be as good for the planet as electrification and doing away with gasoline altogether.

But that said, it offers a step in the right direction, vastly improving the way that fuel — and the power needed to produce it — is generated.

READ MORE: Scientists Found a Way to Make Synthetic Gasoline Out of Thin Air [The Drive]

More on energy: This Startup's Making Tech to Convert Air Pollution Into Gasoline

Good Neighbors
German Government Says It May Keep Nuclear Plant Open After All
7. 31. 22
Read More
Back Online
Japan May Need Nine Nuclear Reactors Turned On to Get Through Winter
7. 14. 22
Read More
Weird Times
White House Brags That America Is Producing More Oil and Gas Than Ever
3. 7. 22
Read More
+Social+Newsletter
TopicsAbout UsContact Us
Copyright ©, Camden Media Inc All Rights Reserved. See our User Agreement, Privacy Policy and Data Use Policy. The material on this site may not be reproduced, distributed, transmitted, cached or otherwise used, except with prior written permission of Futurism. Articles may contain affiliate links which enable us to share in the revenue of any purchases made.
Fonts by Typekit and Monotype.