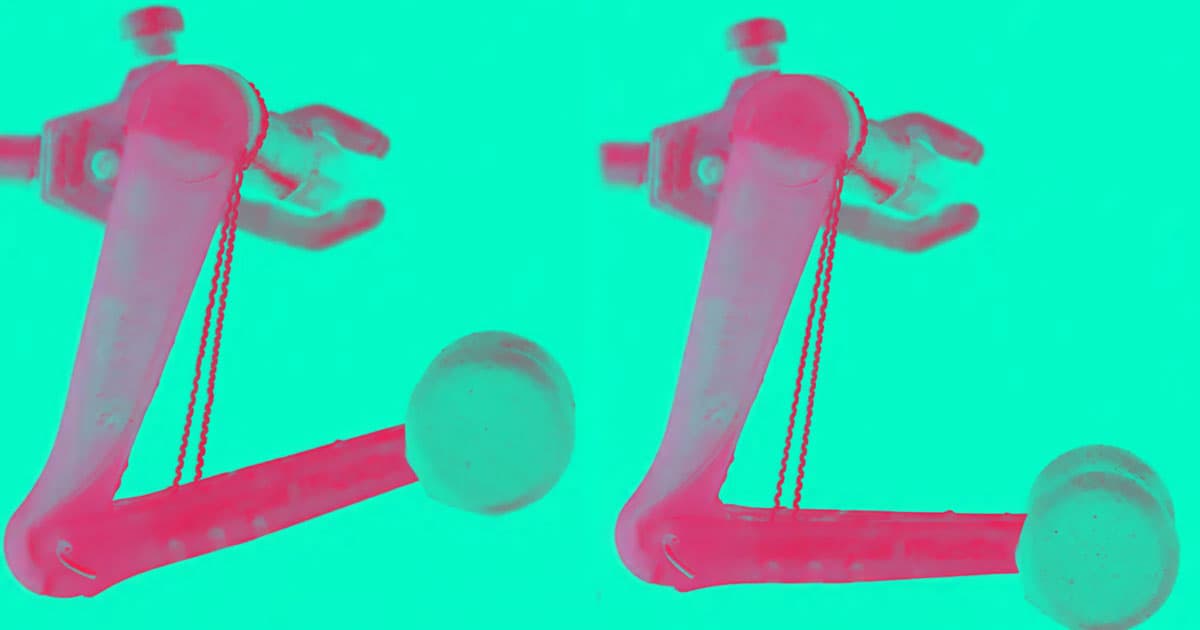 This "Artificial Muscle" is 60 Times Stronger Than a Human One

These special nanocomposite fibres can lift 1,000 times their own weight.

These special nanocomposite fibres can lift 1,000 times their own weight.

A team of scientists figured out a surprisingly simple way to create muscles that can lift 1,000 times their own weight: they tightly coiled-up commonly fibers from bamboo or silk. By applying or removing heat or electrochemically altering it, they found that they could contract and relax the artificial muscles, much like biological ones.

The hope is to use these fiber muscles in prosthetic limbs, exoskeletons, or even weave them into special performance clothing that can become more porous as it's reacting to heat from the wearer.

In a paper published in the journal Science today, the team of researchers claim the synthetic muslces' "gravimetric work capacity" is 60 times higher than that of skeletal muscles in animals.

Previous experiments by a team led by Ray Baughman from the University of Texas explored the same principle with other materials including fishing line, and sewing thread in 2014. But these newest artificial muscles are even stronger, while using even cheaper materials.

Still, much work remains. Only roughly three percent of energy is actually absorbed by the fibers when heat is applied to them. But their simple design and extremely inexpensive construction could be a boon for future nanofibre technologies and artificial limbs.

These Hyper-Sensitive Fibers Might Stand In As Robot Nerves
5. 25. 18
Read More
Fukushima's Clean-Up Crews Are Getting Some Help From "Muscle Robots"
8. 29. 17
Read More
New Artificial Muscles From MIT Bring HBO's Westworld Closer to Reality
11. 28. 16
Read More
+Social+Newsletter
TopicsAbout UsContact Us
Copyright ©, Camden Media Inc All Rights Reserved. See our User Agreement, Privacy Policy and Data Use Policy. The material on this site may not be reproduced, distributed, transmitted, cached or otherwise used, except with prior written permission of Futurism. Articles may contain affiliate links which enable us to share in the revenue of any purchases made.
Fonts by Typekit and Monotype.