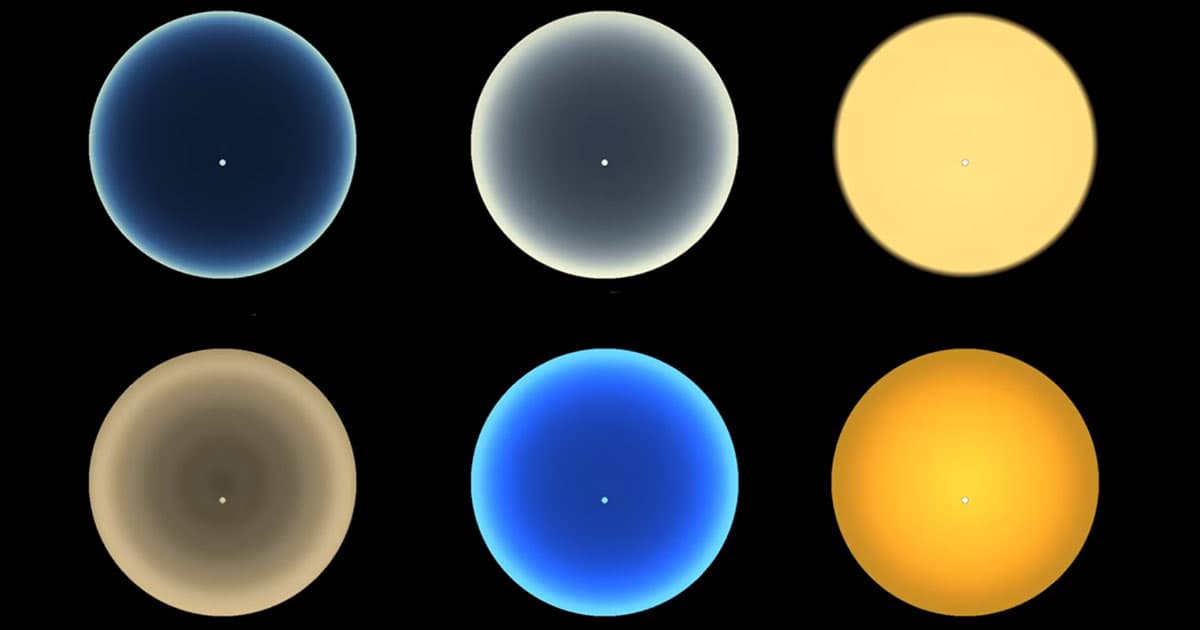 This is What Sunsets on Other Planets Would Look Like

Geronimo Villanueva, a planetary scientist from NASA's Goddard Space Flight Center in Greenbelt, Maryland has created stunning simulations of what sunsets would look like on a variety of planets.

The animation shows what you would see through a super wide fisheye lens pointed at the sky from a planet's surface — so make sure to go full-screen for the full effect.

A second animation, below, shows what the same sunsets would look like from a more conventional perspective.

For instance, a sunset on Uranus would appear mostly blue, fading into a greenish turquoise due to the hydrogen, helium, and methane in its atmosphere absorbing the red portion of the visible light spectrum. For similar reasons, Earth's sky appears blue on clear days.

On Mars, on the other hand, sunsets transition from brown to blue hues, due to dust particles scattering the blue portion of the visible spectrum.

To create the simulations, Villaneuva used on an online tool called the Planetary Spectrum Generator, which is capable of producing the appearance of evening skies on a variety of planets.

More on sunsets: What Makes Mars’ Sunsets Different from Earth’s?