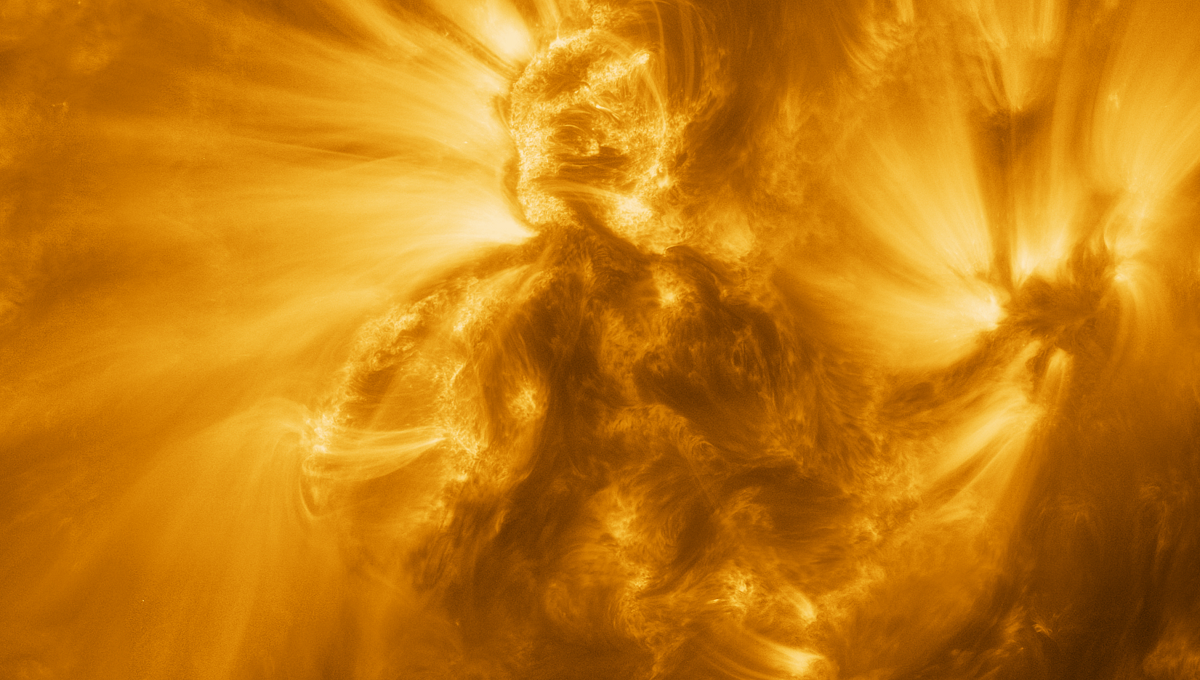 The more you zoom in, the more incredible it becomes.

The more you zoom in, the more incredible it becomes.

The European Space Agency has released an extraordinary image obtained by its Solar Orbiter, a sophisticated spacecraft designed to observe the Sun from much closer than Earth — and spoiler alert, it's pretty incredible.

You can see a zoomed out version below, but to really appreciate the sheer majesty of the image, it's worth clicking here for the full-resolution version. That tiny speck in the upper right corner? Yep, that's the entirety of the Earth to scale.

The resulting data, according to the agency, could lead to unprecedented scientific understanding of eruptions on the surface of our star and how they relate to things happening deeper down into the solar atmosphere.

But to the layperson, the image is also just a stunning reminder of the beauty, complexity and raw power of the star around which we all orbit.

More on the Sun: Unfortunate Comet Flies Too Close to the Sun, Disintegrates and Becomes a Ghost

RIP
Unfortunate Comet Flies Too Close to the Sun, Disintegrates and Becomes a Ghost
Mar 24
Read More
Get Wet
Scientists Say the Sun May Have Kinda Sprayed the Earth With Water
12. 1. 21
Read More
Three for Three
Europe Is Also Sending a Spacecraft to Explore Venus, a Blazing Hellhole
6. 10. 21
Read More
+Social+Newsletter
TopicsAbout UsContact Us
Copyright ©, Camden Media Inc All Rights Reserved. See our User Agreement, Privacy Policy and Data Use Policy. The material on this site may not be reproduced, distributed, transmitted, cached or otherwise used, except with prior written permission of Futurism. Fonts by Typekit and Monotype.