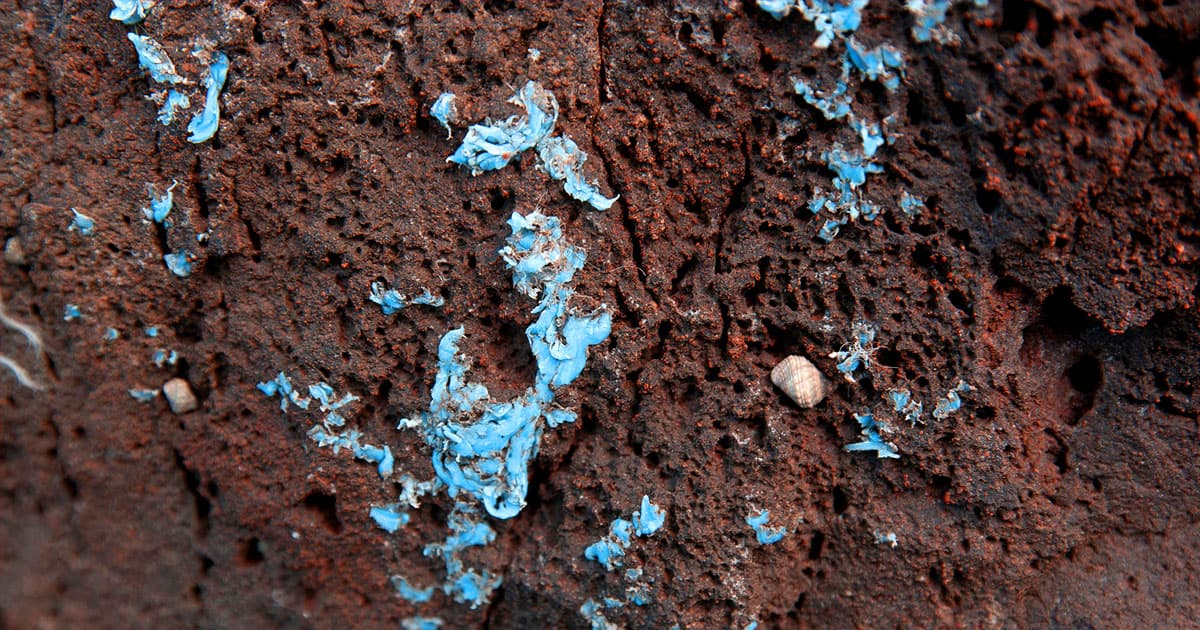 Why Is a Strange Plastic Crust Spreading on This Island’s Coast?

The "plasticrust" now covers 10 percent of this island's coastal rock.

The "plasticrust" now covers 10 percent of this island's coastal rock.

Three years after marine ecologist Ignacio Gestoso first noticed a blue crust speckling rocks on the shoreline of Madeira, he and his colleagues returned to the Portuguese island only to discover that the crust had spread — it now covered nearly 10 percent of the rocks' surface and was a variety of colors.

Through chemical analysis of samples, the team found that the crust was made of the common plastic polyethylene, meaning they had discovered an entirely new form plastic pollution — one that might be even more permanent than the kind we fish out of Earth's oceans.

Gestoso's team from the MARE-Marine and Environmental Research Center published their study of this pollution, which it calls "plasticrust," in the journal Science of the Total Environment.

In an interview with Earther, Gestoso said that the plastic crust likely formed when waves smashed large plastic pieces against Madeira's coastal rocks, "resulting in plastic crusting the rock in a similar way algae or lichens do."

The team isn't sure if the phenomenon is limited to Madeira or if it can be found elsewhere.

What they do know is that the plastic crust doesn't appear to be a deterrent for at least one local species, a type of sea snail that seems content to eat the algae on top of the plastic.

This raises questions about whether the species is ingesting the plastic, too, which Gestoso's team hopes to answer with future studies, according to the Earther story.

READ MORE: A Strange New Blend of Rock and Plastic Is Forming on a Portuguese Island [Earther]

More on plastic pollution: Science Is Reducing Plastic Pollution in Our Food Chain. Here’s How.