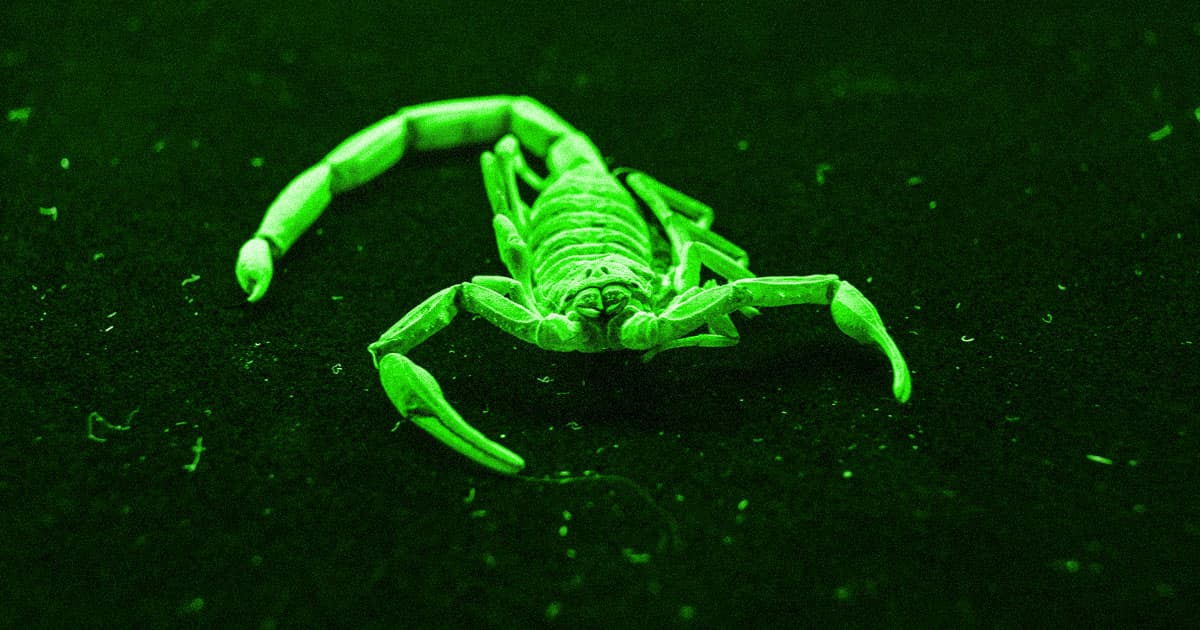 At least three people have died due to venomous scorpion stings.

At least three people have died due to venomous scorpion stings.

Massive rain, dust, and snowstorms (yes, snow too) in Aswan, Egypt have caused swarms of scorpions to wreak havoc on the city — leaving multiple people dead as a result, Egyptian newspaper Al-Ahram reports. So far, three people have died and more than 450 have been injured in a single night of scorpion-stinging fury.

The New York Times reports that the insects themselves are roughly four inches long and are often unofficially dubbed "deathstalkers" due to how deadly they are. Hundreds and likely thousands of the venomous scorpions were driven from their desert burrows due to intense rainfall and descended upon the homes of Aswanis.

The scorpion plague capped off weeks of massive storms over Egypt, according to Egypt Independent.

The region, which is typically extremely dry, was caught flat footed by the torrential downpour that resulted in flash flooding in Aswan on Friday. Three people have died in the city due to the rainfall and 103 homes were either partly or fully destroyed.

While the deathstalker scorpion is a part of daily life for the citizens of Aswan, the storms that drove them out of their nests are not. In fact, residents told the NYT that the rains had been the heaviest in seven years. They also said that flooding had rarely impacted residential areas in years past.

Unfortunately, it’s yet another indicator of anthropogenic climate change causing extreme weather across the globe. While we knew that stronger storms and worsening floods would likely happen, there probably weren’t a lot of folks predicting "swarms of deadly and furious scorpions" — and that just goes to show the danger of unintended consequences.