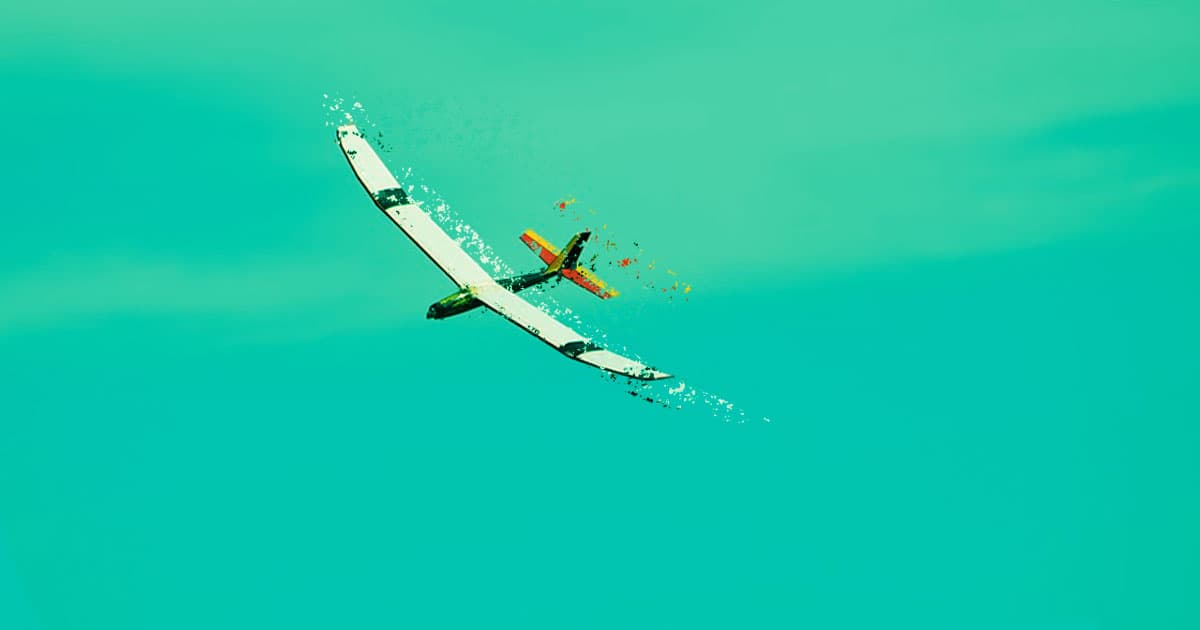 This Stealthy Glider Self-Destructs When Exposed to Sunlight

All that's left is a faint smell and some residue.

All that's left is a faint smell and some residue.

A team of researchers at the Georgia Institute of Technology say they've invented a glider, made from a special polymer, that self-destructs when it hits a certain temperature. The idea is to build a spy drone that leaves no trace after dropping surveillance tools over enemy territory.

"This started off with building small sensors for the government — microphones, cameras, things that detect metal," Paul Kohl at the Georgia Institute of Technology, told New Scientist. The self-destructing glider was designed to deliver these sensors and spread them in the battlefield — but without leaving evidence behind.

The special polymer is based on aldehyde and other additives that enable the glider to fly, but crumble after it starts absorbing light from the Sun.

All that's left behind is a faint smell and some residue from the material that makes the polymer rigid enough to fly, according to Kohl.

“We have polymers designed for applications in which you come in the room, you turn the light on, and the thing disappears,” Kohl said in a statement.

So far, Kohl and his team have built a six-foot glider that can carry a payload of just over two pounds — plenty for delivering small sensors. But it can only travel through the cool night, because otherwise it would fall out of the sky and dissolve into a puddle.

More on drones: FAA Reminder: Don’t Fly a Drone With a Weapon Attached to It