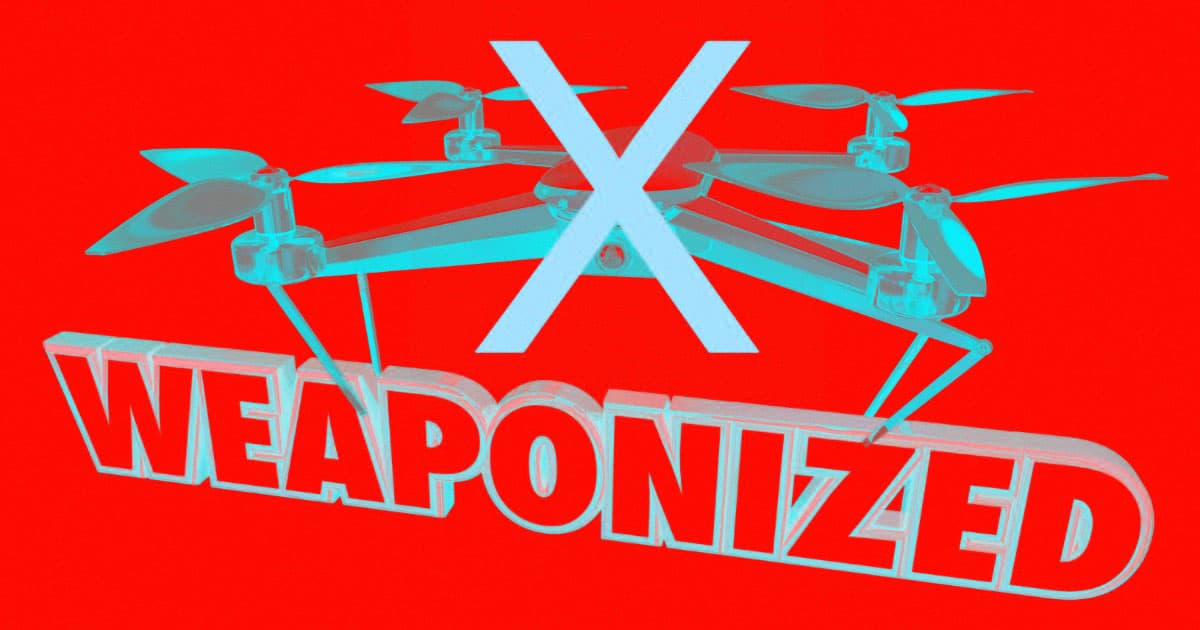 FAA Reminder: Don't Fly a Drone With a Weapon Attached to It

A drone with a flamethrower could cost you $25,000 in civil penalties.

A drone with a flamethrower could cost you $25,000 in civil penalties.

Don't fly a drone with a weapon attached to it, stupid!

That's the latest warning by the U.S. Federal Aviation Administration, which it made in a notice released publicly last week.

Safety Alert: The #FAA warns against attaching weapons to #drones. Operating a drone with a weapon attached is not only dangerous, it is illegal and violators could face significant civil penalties💲. #FlySafe https://t.co/cX82SAS3iD pic.twitter.com/APwEzSrIBe

"Perhaps you’ve seen online photos and videos of drones with attached guns, bombs, fireworks, flamethrowers, and other dangerous items," reads the notice. "Do not consider attaching any items such as these to a drone because operating a drone with such an item may result in significant harm to a person and to your bank account."

In fact, getting caught mounting your Boring Company Flamethrower to a drone is not only dangerous — you could be facing civil penalties of up to $25,000.

Don't Bring a Drone to a Knife Fight

And the agency might have a point: the internet is filled with videos of weaponized drones, like this one with a flamethrower attached to it, or this one slicing fruit with a sharp blade attached to its underbelly.

And in case you're wondering what the FAA's definition of a dangerous weapon is, it's anything that can be "used for, or is readily capable of, causing death or serious bodily injury."

So think twice before you decide to mount a chef's knife to the front of your quadcopter and, say, fly it into a room full of balloons.

READ MORE: FAA warns you not to put a flamethrower on that drone [CNET]