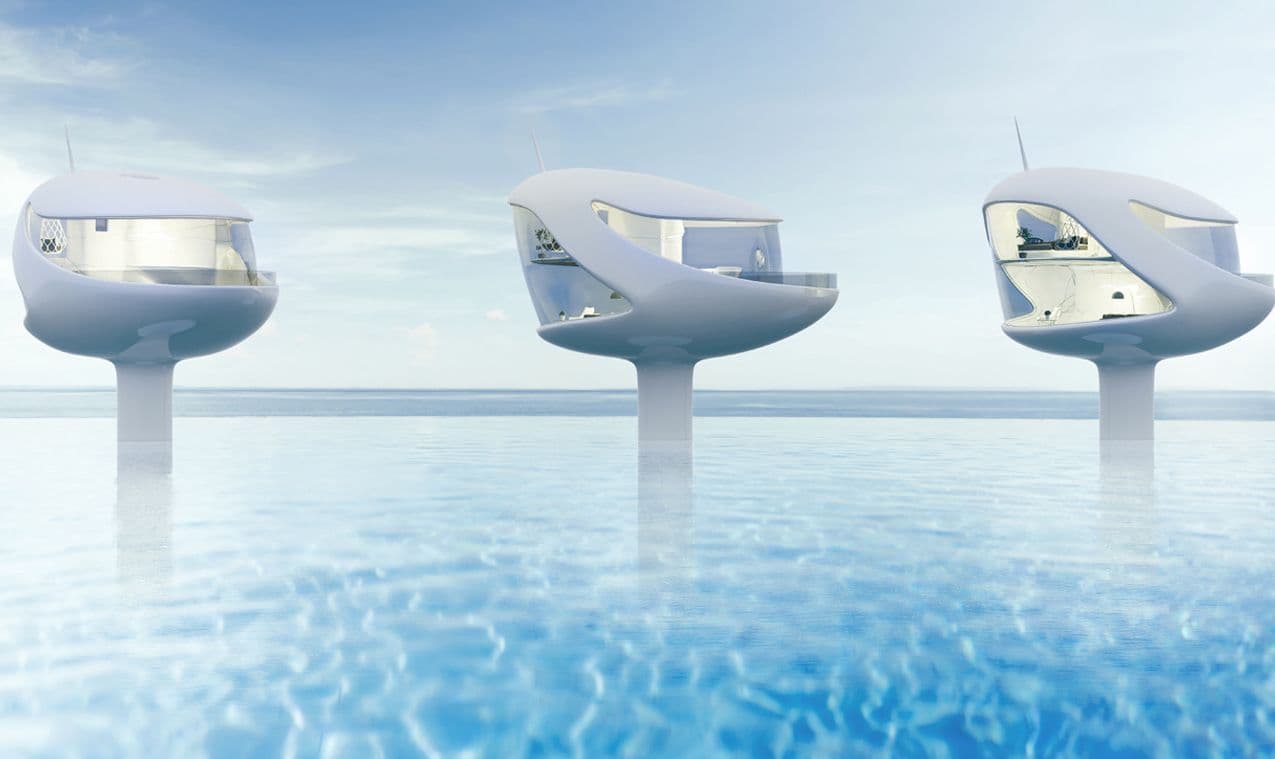 "Every SeaPod that goes in the water gets us one step closer to restoring a marine ecosystem."

"Every SeaPod that goes in the water gets us one step closer to restoring a marine ecosystem."

As USA Today reports, a Panama-based company called Ocean Builders has unveiled the SeaPod, a rounded, two-person, three-and-a-half-story luxury home that sprouts out of the ocean by way of long steel stalks. The stark white rendered interiors are decidedly modern, and each pod offers a breathtaking 360-degree view of the ocean. In the company's vision, drones will serve as life guards and deliver things like groceries and medicine, which seems convenient.

Sold yet? Good news: if you've got $295,000 to $1.5 million on hand, you can order one starting as soon as this September — but it'll take a few years before you actually get to live in it, and whether the company can actually deliver on the futuristic homes remains to be seen.

On its website, Ocean Builders claims that the SeaPod, as well as its land-dwelling sibling, the GreenPod, is the world's first "eco-restorative home" — essentially, the argument is that because a SeaPod would provide shade from the harsh Sun as well as a structure for sea life like coral and barnacles to attach to, building the pods will actually create a number of mini-habitats for a wide range of marine creatures.

"Every SeaPod that goes in the water," reads the company's site, "gets us one step closer to restoring a marine ecosystem."

Speaking of the environment: if you're worried about, you know, garbage, an autonomous vessel will apparently collect recycling, garbage, and other debris, while other, ahem, waste, will allegedly be incinerated into non-toxic ash, as per USA Today's report.

According to USA Today, Ocean Builders says that the first 100 pods will either be in production or delivered by the end of 2023, and the company is hoping to launch a rollout of 1,000 more structures over the following year.

"We are planting the SeaPod seed here in Panama," the company's CEO said in a statement, "but our eventual goal is to have SeaPod homes in every corner of the ocean, all around the world."

If you love the ocean, have just yourself or one other person to house, and have enough cash to luxuriously escape the pending climate catastrophe, the SeaPod could be a lovely fit for you. Although, gotta say — all the incredible promises about these things might sound a bit too good to be true.

More on future housing: This Futuristic Space Condo Is Designed to Squish into Spacex's Starship