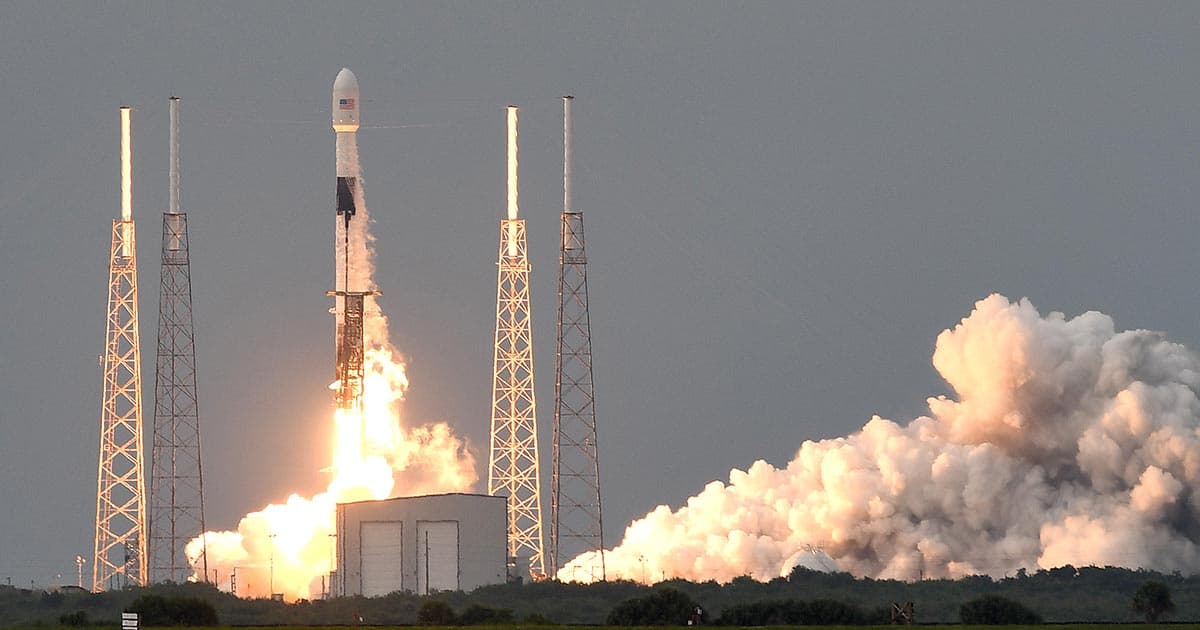 Florida Prepares to Shoot Remains of 47 People Into Space

Space company Celestis is getting ready to shoot the cremated remains of 47 individuals from five countries into orbit this week, in perhaps the most Florida way to say goodbye to a loved one.

The company is attaching the remains to a telecommunications satellite that'll launch from Florida's Space Coast, which effectively means they'll be orbiting the Earth for another decade. In fact, Celestis will provide live GPS data of where the remains are at any point in time for their loved ones to track.

Upon its decommissioning, the satellite will take the remains with it to be burned up in the Earth's atmosphere during reentry.

"He wanted to be cremated and sent to space," Melissa Casey told WKMG of her son, whose remains will join the company's inaugural journey to orbit. "It was a dream of his."

Prior to this week's launch, Celestis is hosting a rather unusual funeral service, which will include 160 guests from around the world for a three-day service leading up to the launch.

"I’d like to say that there aren’t any other funerals or memorial services that have as much cheering and high fiving as we do when that rocket rocket lifts off," Celestis founder Charles Chafer told WKMG.

The cremated remains will include those of Marjorie Dufton, who trained with NASA to become a member of the first all-female Mercury Mission crew in the late 1950s and early 1960s, but tragically passed away in 2020.

The Mercury program was canceled in 1962 and Dufton never had the chance to visit space, something "that was one of her greatest regrets in life," her son Michael Dufton told WKMG.

"At the end of ten years, [the satellite] will eventually return to the atmosphere as a shooting star along with all those on board," he added.

READ MORE: ‘It was a dream of his:’ Cremated remains of 47 people to launch into space from Florida [WKMG]

More on remains: Elysium and SpaceX to Launch Cremated Remains of 100 People Into Orbit