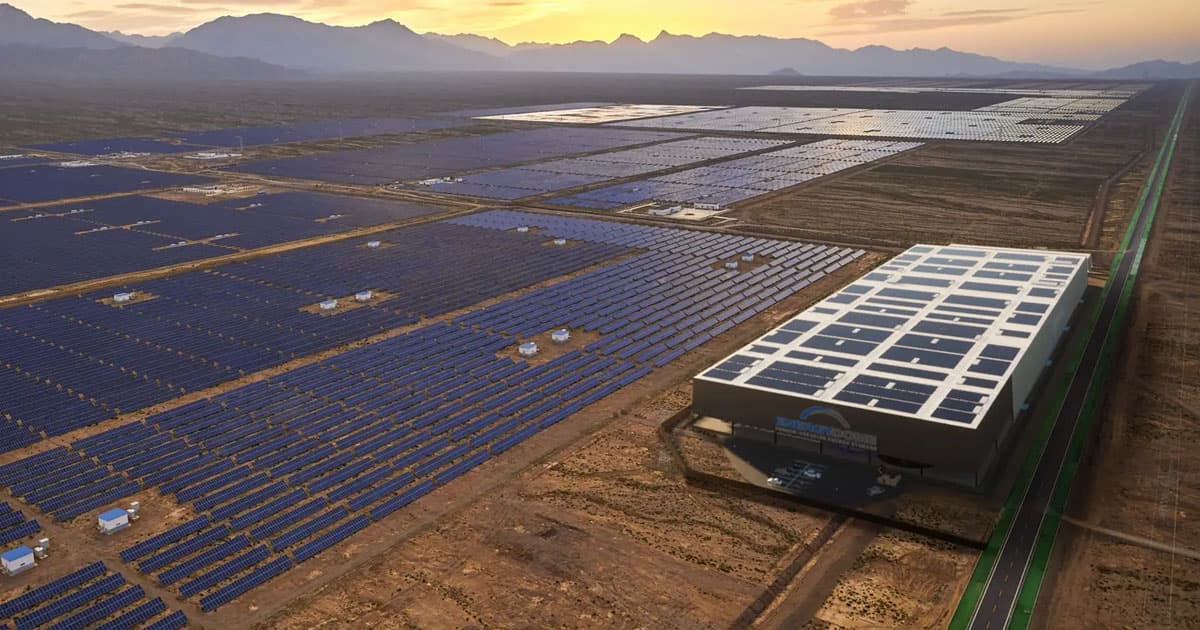 A big, gassy dome of energy.

A big, gassy dome of energy.

Carbon dioxide has a bad rep for its role in driving climate change, but in an unexpected twist, it could also play a key role in storing renewable energy.

The world's first CO2 battery, built by Italian startup Energy Dome, promises to store renewables on an industrial scale, which could help green energy rival fossil fuels in terms of cost and practicality.

After successfully testing the battery at a small scale plant in Sardinia, the company is now bringing its technology to the United States.

"The US market is a primary market for Energy Dome and we are working to become a market leader in the US," an Energy Dome spokesperson told Electrek. "The huge demand of [long duration energy storage] and incentive mechanisms like the Inflation Reduction Act will be key drivers for the industry in the short term."

As renewables like wind and solar grow, one of the biggest infrastructural obstacles is the storage of the power they produce. Since wind and solar sources aren't always going to be available, engineers need a way to save excess power for days when it's less sunny and windy out, or when there's simply more demand.

One obvious solution is to use conventional battery technology like lithium batteries, to store the energy. The problem is that building giant batteries from rare earth minerals — which can be prone to degradation over time — is expensive, not to mention wasteful.

Energy Dome's CO2 batteries, on the other hand, use mostly "readily available materials" like steel, water, and of course CO2.

As its name suggests, the battery works by taking CO2, stored in a giant dome, and compressing it into a liquid by using the excess energy generated from a renewable source. That process generates heat, which is stored alongside the now liquefied CO2, "charging" the battery.

To discharge power, the stored heat is used to vaporize the liquid CO2 back into a gas, powering a turbine that feeds back into the power grid. Crucially, the whole process is self-contained, so no CO2 leaks back into the atmosphere.

The battery could be a game-changer for renewables. As of now, Energy Dome plans to build batteries that can store up to 200 MWh of energy. But we'll have to see how it performs as it gains traction.