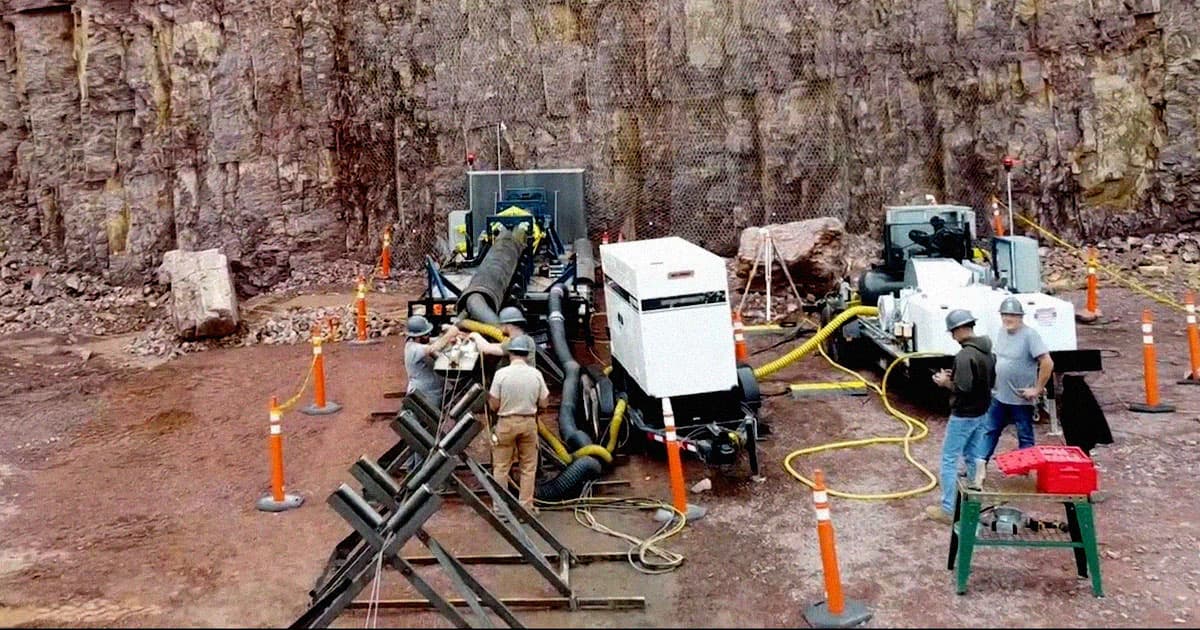 Eat your heart out, Elon!

Eat your heart out, Elon!

Instead of crushing through rock with a massive grinder, a startup called Petra is hoping to dig tunnels using superheated gas, Wired reports.

In 2018, according to the magazine, the company tested the technology in an industrial park in California, heating up the stone to above 10,000 degrees Fahrenheit. Since then, Petra settled on a slightly different method, blasting sheets of rock into tiny pieces using a 1,800 degrees Fahrenheit using gas and heat, a proprietary mix the company is keeping tightly under wraps.

Instead of digging tunnels to alleviate our traffic woes, as Tesla CEO Elon Musk is attempting with his Boring Company, Petra is hoping to revolutionize a very different industry: running underground utility lines.

That may not sound like the most exciting prospect, but given many countries' rapidly aging infrastructure, new technologies like this could prove to be a game changer — and maybe, eventually, provide some new tools to ventures like the Boring Company.

Petra's hot gas method could cut costs of burying these lines by 50 to 80 percent, according to the company.

"Every method that's commercially available is a high-contact method that grinds up the Earth it contacts in order to remove it," Petra CEO Kim Abrams told Wired. "This is a completely new way to tunnel."

It wasn't always smooth sailing. During early tests, "we just ended up melting a lot of the rock and creating lava, and when we created lava, it was effectively holding our system in its tracks," Abrams told the publication.

Now Petra is investigating whether the method works on other kinds of stone including limestone or granite.

All told, it's intriguing. Moving more electricity lines underground could mean a lot more Americans could enjoy uninterrupted power, something not everybody can take for granted. And accessing the space under our feet for cheap has countless fascinating applications.

READ MORE: This New Tech Cuts Through Rock Without Grinding Into It [Wired]