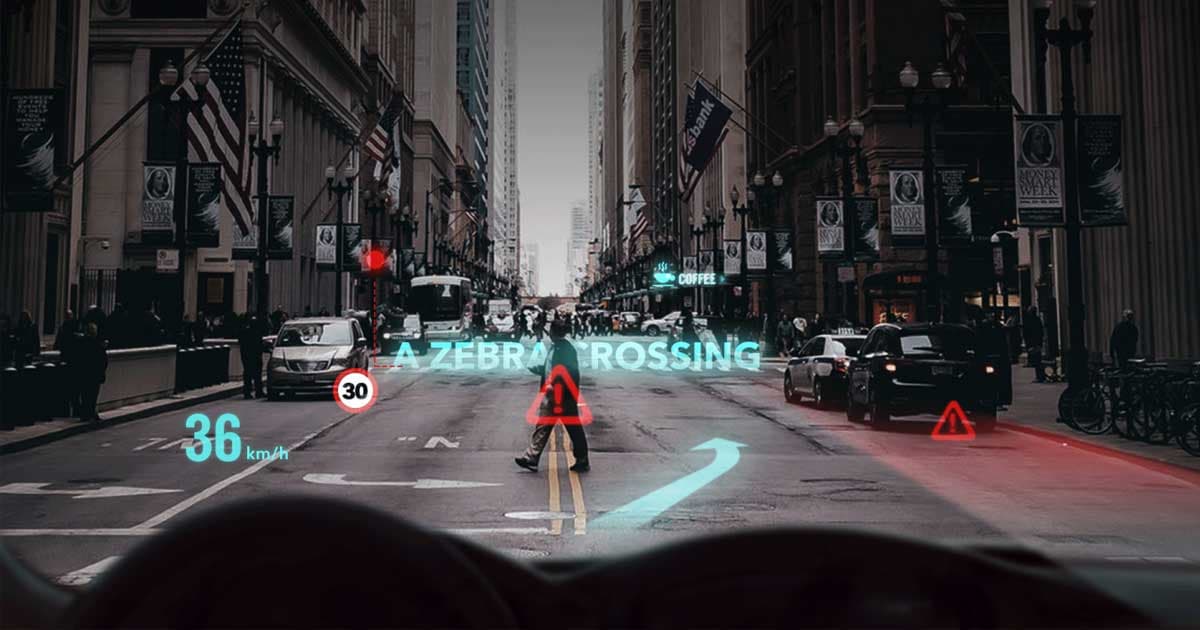 AR You Kidding Me?

Today, many vehicles come equipped with a heads-up display that projects useful information, such as a car's speed or driving directions, right onto the windshield so that the driver doesn't need to take their eyes off the road.

But while those systems require just a small part of a windshield, Beijing-based company Futurus has built a heads-up display that transforms the entire thing into a display — foreshadowing a future in which the driving experience could look very different for both passengers and those behind the wheel.

Futurus plans to present its heads-up display technology at the 2020 Consumer Electronics Show, according to a New Atlas story, but it's already released several mockup photos of the system.

In addition to the regular driving data about speed and directions, Futurus's system would display augmented reality graphics that draw attention to what's happening outside a vehicle, noting a pedestrian in a crosswalk, for example. The display might also include a tiny AI avatar, who, for some reason, appears dressed for the opera.

Futurus even claims it could display entertainment on the windshield in such a way that it could be viewed by passengers and not drivers, according to the New Atlas story.

We'll likely find out more about how it manages that feat at CES, at which point the company will also have to explain how all of this extra information might actually improve the safety of the driving experience and not just distract drivers from it.

Stay Away
Tesla Is Having Extreme Trouble Hiring, for Some Reason
Tuesday
Read More
It Was the Tesla
Manslaughter Case Has a Strange Twist: Tesla That Killed Couple Was on Autopilot
Nov 1
Read More
Xxplosive
Electric Bikes Have a Small Problem: They Keep Bursting Into Flames
Oct 31
Read More
+Social+Newsletter
TopicsAbout UsContact Us
Copyright ©, Camden Media Inc All Rights Reserved. See our User Agreement, Privacy Policy and Data Use Policy. The material on this site may not be reproduced, distributed, transmitted, cached or otherwise used, except with prior written permission of Futurism. Articles may contain affiliate links which enable us to share in the revenue of any purchases made.
Fonts by Typekit and Monotype.