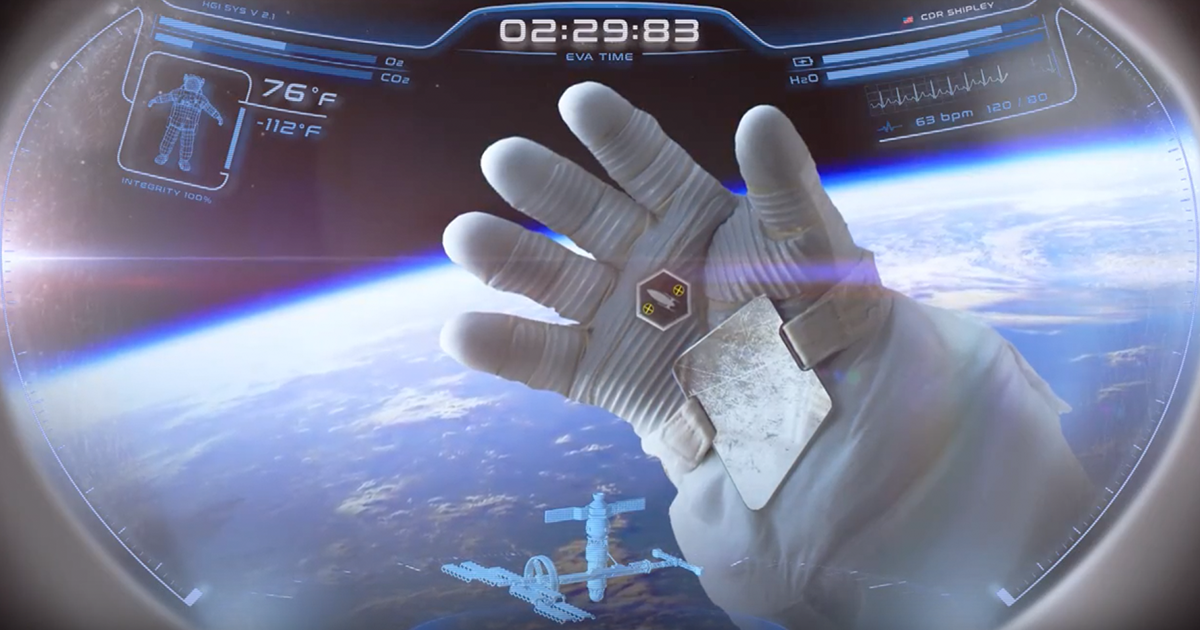 Next-Gen Spacesuit Helmet Has an "Iron Man" Heads Up Display

Hypergiant Industries built an "Iron Man"-inspired space helmet called HyperVSR, which can display details like an astronaut's vital signs or other information about a mission. CEO Ben Lamm told Futurism that it may improve astronaut safety by putting more information at crew members' fingertips and cutting down on how much they have to maneuver in a spacesuit.

"Space is an unpredictable environment, where challenges can change dramatically over the course of just a few minutes," Lamm said. "During these situations, it's paramount that astronaut safety is never in question. We've designed our helmet to enable astronauts to quickly gather information about a situation, as well as assess their own health, for enhanced decision-making even during emergencies."

Basically, an astronaut's glove would be decked out with tags corresponding to information like vitals, emergency alerts, or details about a mission. When the helmet senses that the astronaut is looking at one of the tags, the info would be projected into the helmet's heads up display.

Hypergiant is currently building out the software side of the helmet, according to a company spokesperson — but is actively looking for customers at space agencies and military contractors.

"The current prototype has been demonstrated for several defense contractors, and the next iteration of HyperVSR tech will be demonstrated for government officials this summer," a spokesperson told Futurism.