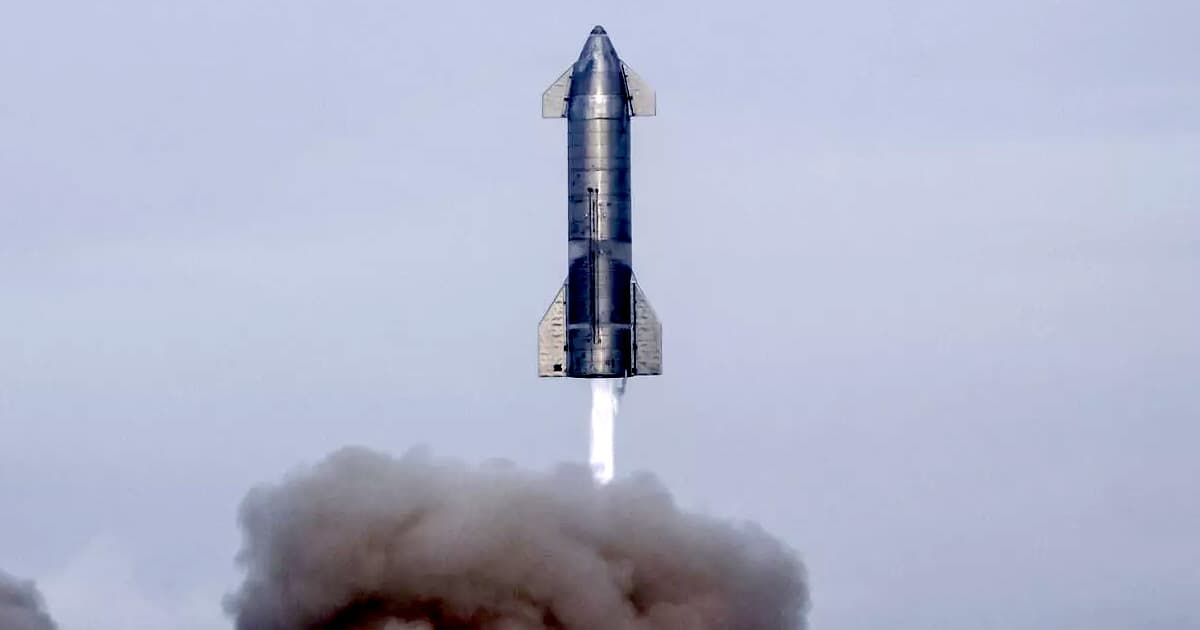 SpaceX's Starship May Fly Again "In the Days Ahead"

During an announcement following last week's Starship launch, spotted by Teslarati, a SpaceX engineer told viewers to "stay tuned for additional [Starship] test flights in the days ahead."

That means we may get to watch the next dramatic launch of the space company's massive rocket prototypes sooner than we might think — though the precise timing at this time remains unclear.

Most recently, SpaceX CEO Elon Musk revealed that the company "might try to refly SN15 soon," according to a Friday tweet. As a result, SN15 might soon become the first Starship prototype to be reused for a second time.

SN15 flew to an altitude of 6.2 miles at the company's test site in South Texas on May 5. It managed to stick the landing, giving SpaceX engineers an unprecedented look at the data collected during its maiden voyage.

It's still unclear when SN15 will take to the skies for a second time. But according to the recent announcement — and the fact that the prototype hasn't budged from the launch site, as Teslarati points outs — the launch may indeed just be days away.

SpaceX now has the gargantuan task of getting Starship all the way to orbit. That's a big step up from a simple hop to ten kilometers, as it also requires its massive booster called Super Heavy to be flight ready as well.

Regardless, we'll be glued to our screens and watching whenever SpaceX does decide to launch SN15 for the second time.

More on Starship: SpaceX Is Getting Ready to Fly Starship SN15 Again