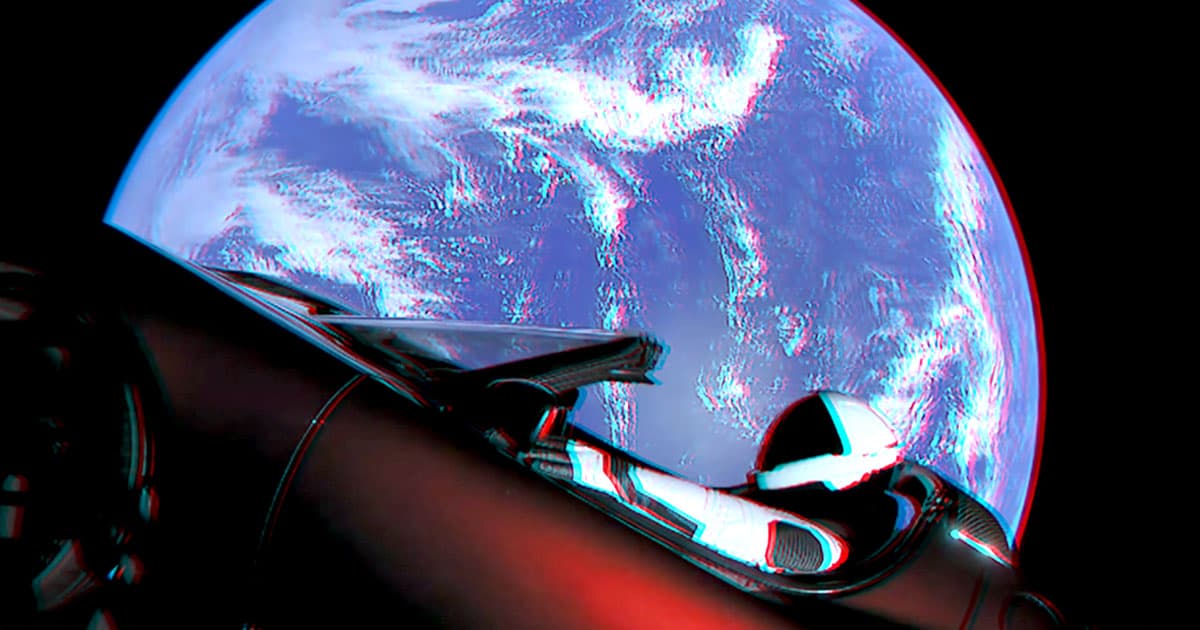 Elon Musk: SpaceX Will Launch a Spacecraft to Check on Starman

The meetup will happen "in a few years," Musk tweeted.

The meetup will happen "in a few years," Musk tweeted.

SpaceX launched Starman into space more than a year and a half ago — but people are still thinking about the Roadster-riding test dummy.

“Any chance SpaceX could launch a small spacecraft that could catch up to Starman & take some pics?” a Twitter user going by the handle @flcnhvy asked Musk on Sunday.

And based on Musk’s tweeted reply — “In a few years” — Starman is still on his mind, too.

Musk didn’t provide any additional details on a future Starman meetup, such as how or why SpaceX would take photos of the dummy.

However, it’s unlikely the timing of the event would be random. So does he want it to line up with another mission? Will Starman reach a location in 2022 that Musk thinks is ideal for a photo shoot?

Hard to say, but one thing Musk’s tweet does suggest: he isn’t necessarily too concerned about Starman’s distance from Earth during SpaceX’s next rendezvous with the dummy.

If he was, the best time to snap some Starman photos would be in November 2020, when the Roadster will be just 51.9 million kilometers (32.3 million miles) away.

Whatever Musk’s reasoning for the timing, however, one thing seems clear: we haven’t seen the last of SpaceX’s Starman.

READ MORE: Where Is Starman? Elon Musk Teases SpaceX Mission to Catch Up With Roadster [Inverse]

More on Starman: SpaceX’s Starman Just Orbited the Sun for the First Time