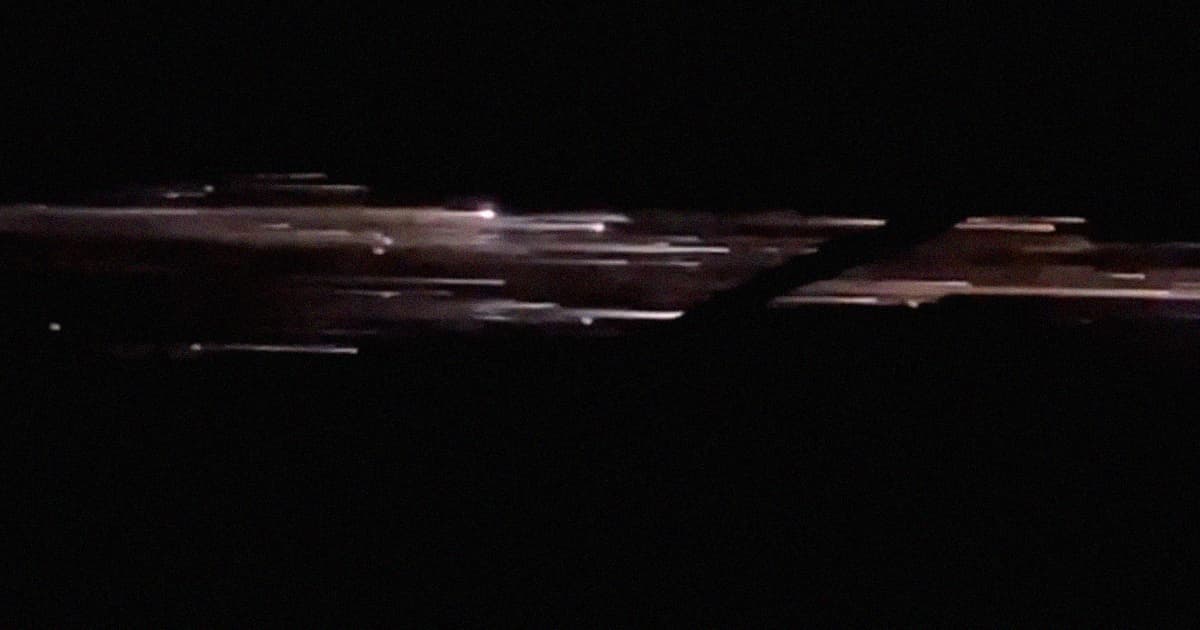 The videos are incredible.

The videos are incredible.

On March 4, SpaceX launched its latest batch of broadband-beaming Starlink satellites into orbit using one of the company's workhorse Falcon 9 rockets.

But the launch didn't go entirely as planned. The rocket's second stage failed to light its engines during deorbit and spent the last 23 days in space — until careening through the Earth's atmosphere last night in an epic light show.

Its reentry lit up the skies like a spectacular fireworks display around 4am local time over the Seattle area. Videos of the uncontrolled reentry showed up on social media, with bewildered onlookers trying to make sense of what they've just seen.

The Falcon 9 second stage from the Mar 4 Starlink launch failed to make a deorbit burn and is now reentering after 22 days in orbit. Its reentry was observed from the Seattle area at about 0400 UTC Mar 26. pic.twitter.com/FQrBrUoBHh

Videos show the second stage breaking up into small pieces as it burns up.

Caught it in Portland just now! Was so amazing. pic.twitter.com/IQtKlvgeHk

The rocket stage was mean to slowly make its way back down to Earth in a much more controlled manner.

But the deorbit burn never occurred.

"It’s kind of like if you had a car that was moving in a parking lot but there was no one driving and the car was just driving around and around randomly, then eventually would hit something," Burnyeat added.

The pressure the stage met when it hit the atmosphere was so intense that even the metal glowed as it burned up.

"Most it will burn up in the Earth’s atmosphere so there’s no real danger of it falling on someone’s head," Burnyeat told News 1130.