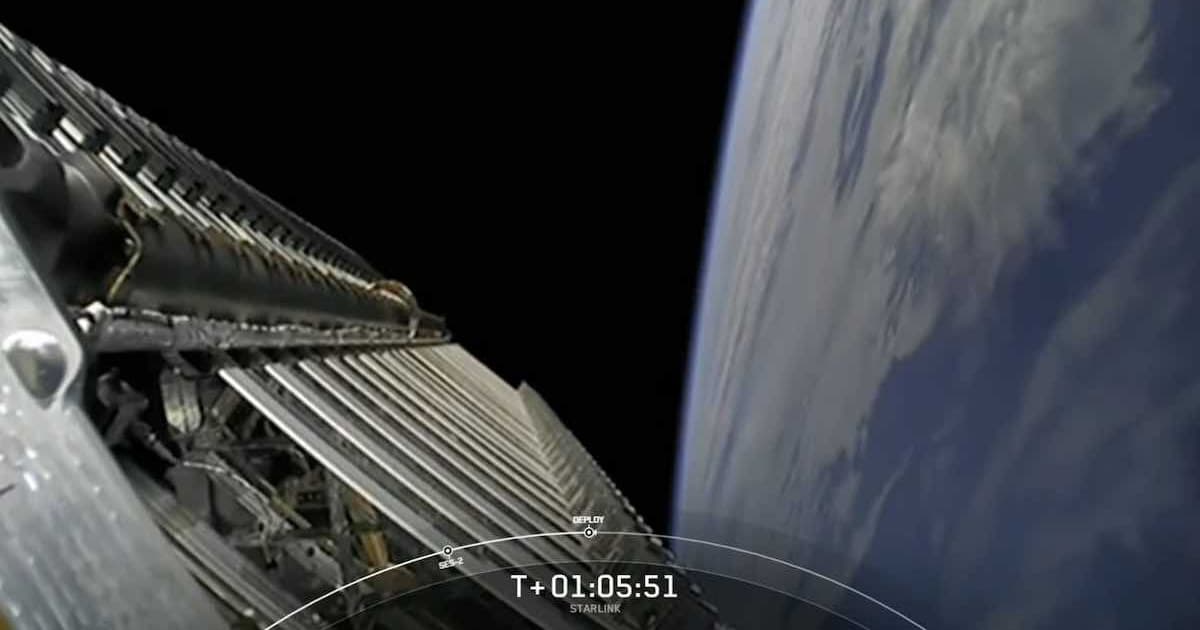 During its latest Starlink satellite launch on Monday, SpaceX suffered a rare mishap when one of the boosters launching the 60 broadband-beaming spacecraft didn't stick its landing on the whimsically-named drone ship "Of Course I Still Love You."

Nine minutes after launch, the booster plopped into the ocean. It's unclear if the ship fell out of love with the booster prior to launch.

"It does look like we did not land our booster on Of Course I Still Love You tonight," SpaceX manufacturing engineer Jessica Anderson could be heard saying during the launch coverage, as quoted by Space.com. "It is unfortunate that we did not recover this booster but our second stage is still on a nominal trajectory."

Skip to around 28:00 in the video below to see the glow of the booster just missing its target off camera.

It's a rare failure for the Elon Musk-led space company. SpaceX's Falcon 9 rocket successfully launched and landed 24 times consecutively prior to yesterday, as SpaceNews points out. The last failure before yesterday's dunk occurred in March of last year.

The booster that landed in the ocean had successfully landed previously, and the trip marked its sixth trip to space since December 2019 on a cargo Dragon mission to the International Space Station.

Monday's launch brings the number of active satellites in SpaceX's Starlink constellation up to 1,145.