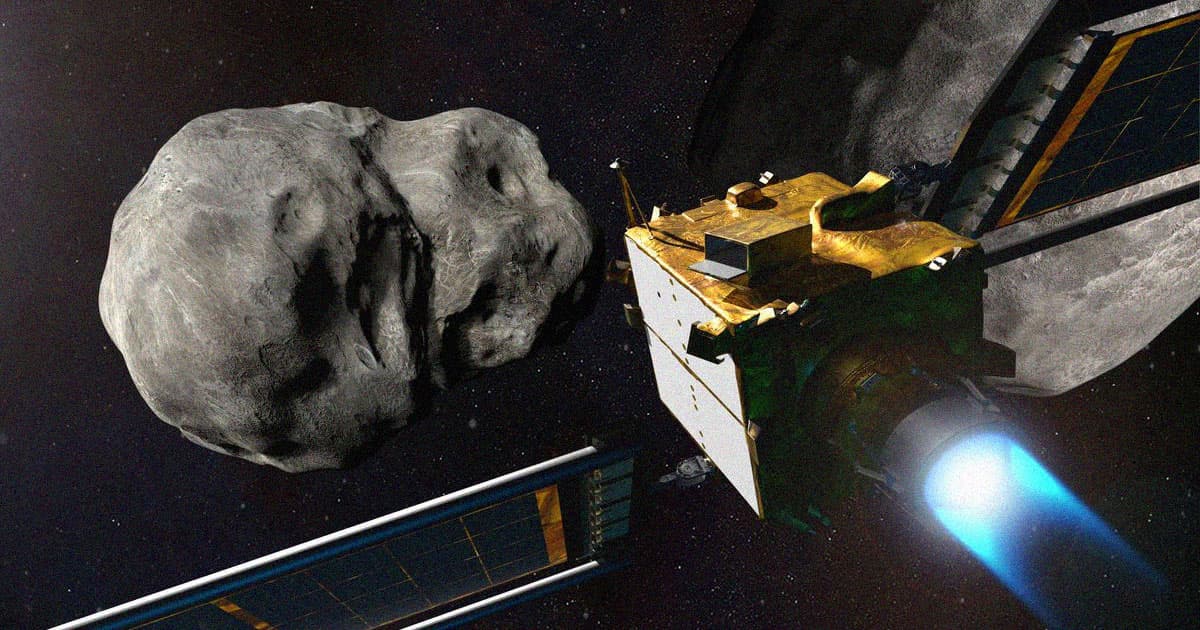 A test that could lead to preventing our extinction from a deadly asteroid has finally launched.

NASA — with the help of a SpaceX Falcon 9 rocket — launched its Double Asteroid Redirection Test (DART) spacecraft on Tuesday night. The craft successfully launched from the Vandenberg Space Force Base in California, according to CNN, with the Falcon 9 booster landing back on Earth.

DART is now on a 6.8 million journey to smash itself into a giant asteroid, like a battering ram, to see if it can deflect the space rock's trajectory. If successful, it could be the first ever feasible planetary defense tool we could use to, you know, prevent the apocalypse.

Deployment confirmed, @NASA’s DART is on its way to redirect an asteroid pic.twitter.com/UTxkcJFcq0

While DART just launched yesterday, it still has a while before it completes its journey.

The craft is set to reach its destination in September 2022 when it finally reaches Dimorphos, a "moonlet" that’s roughly the size of a football field and orbiting a much bigger near-Earth asteroid called Didymos.

It’s worth noting that both Dimorphos or Didymos are large enough to cause apocalyptic danger to Earth, neither is at risk of actually colliding with it. Dimorphos was chosen because it's fairly close to our planet, which makes it easier to observe. Think of this as more like target practice — very expensive and very high-stakes target practice.

To get the best data and insights they can, DART will be yeeting out another satellite, called LICIACube, shortly before crashing to its doom. That satellite will be nearby to document the crash to send data back to NASA to see if the plan actually worked.

If not, we can always go back to the drawing board — which we presume will include a ragtag team of oil drillers sent to blow up the asteroid before it can kill Liv Tyler.

READ MORE: NASA launches mission to crash into a near-Earth asteroid to try to change its motion in space [CNN]