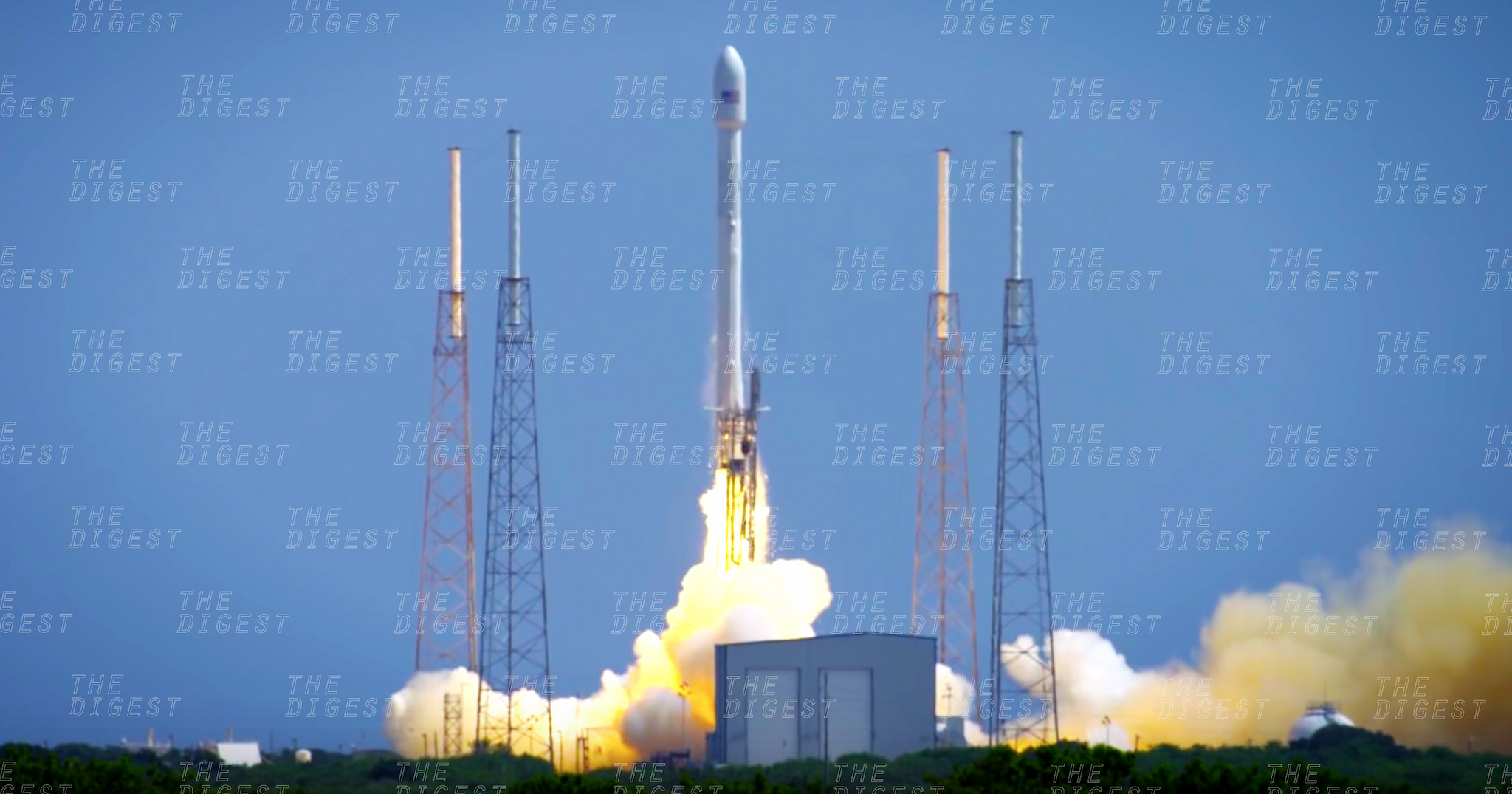 SpaceX Just Launched A Rocket With A Critical Reused Part

This mission's success shows that the dream of reusable rockets might not be so far-fetched, after all.

This mission's success shows that the dream of reusable rockets might not be so far-fetched, after all.

BLAST OFF. At 1:18 AM E.T., SpaceX's Falcon 9 rocket took off from Cape Canaveral in Florida. Its primary purpose is to launch a 5.8-ton satellite called Merah Putih intended to improve telecommunications in Indonesia, India, and much of Southeast Asia.

But for SpaceX aficionados, the most exciting part of this launch is that we've seen part of it before. Yes, the first stage was just used in a launch back in May that sent Bangladeshi communications satellite Bangabandhu into orbit.

Now, just a few months later, it's back again. The dream of cost-effective reusable rockets might not be so far-fetched, after all.

REUSE, REUSE, REUSE. This launch is the first to employ a reused Block 5 — the first stage of the rocket. The Block 5, unlike previous models, is designed to need little taking-apart and refurbishment in between launches. SpaceX CEO Elon Musk has called Block 5 "the most reliable rocket ever built."

But SpaceX engineers needed to actually make sure that was true, that after its first use Block 5 would be ready to get out there again. So after the May launch, Musk said, "Ironically, we need to take it apart to confirm it does not need to be taken apart," as Ars Technica reports. Though SpaceX hasn't released much about what they found when they did take the Block 5 apart, the quick turnaround between launches indicates that Block 5 seems to be living up to that promise.

STICK THE LANDING. If SpaceX has its way, this won't be the last mission for this Block 5, either. The  first stage successfully landed on the drone ship Of Course I Still Love You, which was waiting in position in the Atlantic Ocean (a camera feed loss at the moment of landing created a bit of extra drama).

Update 1:46 AM ET: We've just completed the second burn. The Merah Putih satellite is ready to be deployed.

Update 1:50 AM ET: Merah Putih is in position. The successful mission is complete.

MORE ABOUT SPACEX: SpaceX Will Be Ready to Transport Humans in April 2019, NASA Estimates