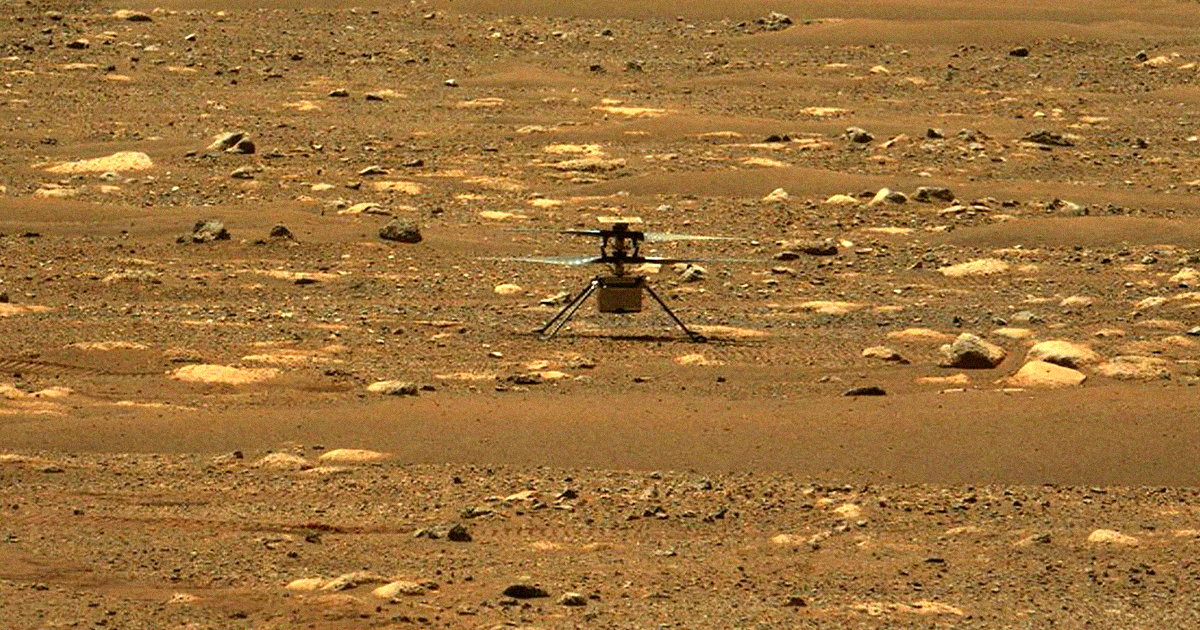 The orbiter used its HiRise camera, a massive and powerful instruments that can take images of up to 28 gigabits in size in just six seconds.

Ingenuity has been scanning the surface for just shy of a year now, successfully completing 23 flights in that time. That’s far more than the five flights the Ingenuity team were initially hoping to complete.

During its latest flight last week, it flew for just over two minutes, covering over 1,100 feet.

As of right now, Ingenuity is perched on the fractured bedrock of the Máaz Formation, which scientists believe to be of volcanic origin.

“HiRISE is likely to image Perseverance again during its long traverse,” the HiRise team’s update reads.

Alongside its much bigger rover companion Perseverance, Ingenuity is currently making its way to a delta region within the Jezero Crater, which is what scientists believe to be a promising place to look for signs of ancient life.