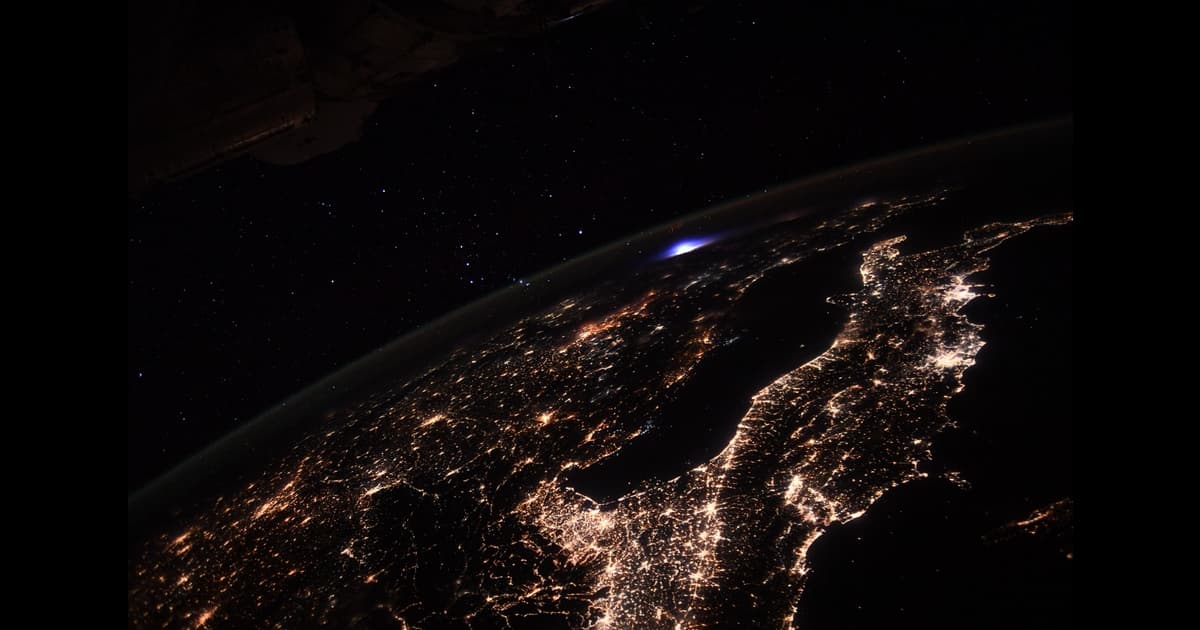 Lightning in the Sky

The glow was a "transient luminous event," according to French astronaut Thomas Pesquet on Twitter. This is a phenomenon that occurs when there’s lightning in the upper atmosphere in altitudes above where it typically occurs.

"This is a very rare occurrence and we have a facility outside Europe's Columbus laboratory dedicated to observing these flashes of light," Pesquet wrote on a Flickr post of the image. "The Space Station is extremely well suited for this observatory as it flies over the equator where there are more thunderstorms."

One benefit of being on the ISS is the ability to study atmospheric events that we wouldn’t otherwise be able to on Earth. These events — sometimes given fantasy-inspired names such as elves and sprites — might even be impacting our climate.

"What is fascinating about this lightning is that just a few decades ago they had been observed anecdotally by pilots and scientists were not convinced they actually existed," Pesquet wrote on Flickr. "Fast forward a few years and we can confirm elves, and sprites are very real and could be influencing our climate too!"

Bad Science
Cosmologist Lists the Stupidest Things People Believe About Space
2. 25. 22
Read More
Space Swag
Brands Keep Sending Their Pointless Swag to the Space Station
11. 5. 19
Read More
Stephen Hawking: Humans Must Leave Earth Within 600 Years
11. 8. 17
Read More
+Social+Newsletter
TopicsAbout UsContact Us
Copyright ©, Camden Media Inc All Rights Reserved. See our User Agreement, Privacy Policy and Data Use Policy. The material on this site may not be reproduced, distributed, transmitted, cached or otherwise used, except with prior written permission of Futurism. Articles may contain affiliate links which enable us to share in the revenue of any purchases made.
Fonts by Typekit and Monotype.