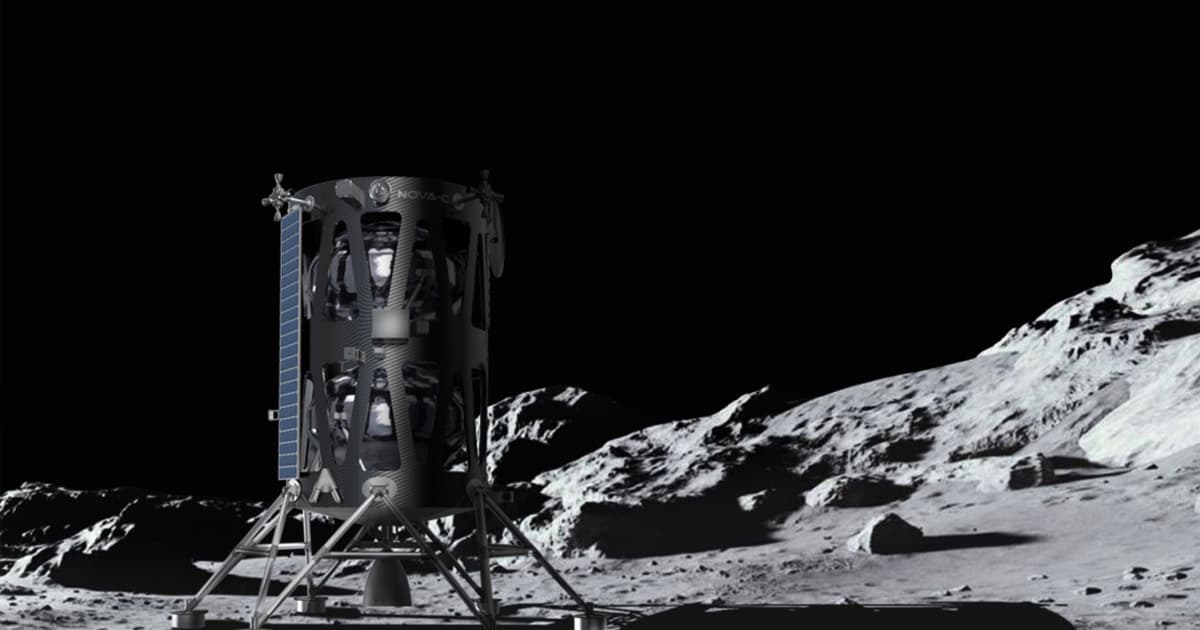 It'll carry a drill that'll dig into the Moon to search for water.

It'll carry a drill that'll dig into the Moon to search for water.

Falcon to the Moon

The lander is being built by autonomous drone systems company Intuitive Machines as part of its IM-2 lunar lander mission. If all goes according to schedule, SpaceX will launch the lander on a Falcon 9 rocket within the next two years.

IM-2 will land in the Moon's southern polar region with several payloads on board, organized through NASA's Commercial Lunar Payload Services program.

"Our Lunar Payload and Data Service program matures with each awarded mission to the Moon," Altemus said. "That maturity is essential for creating a reliable and repeatable lunar landing service that brings us closer to sustained lunar exploration and development."

Included among the payload carried by IM-2 is a drill that will probe the lunar surface for signs of water.