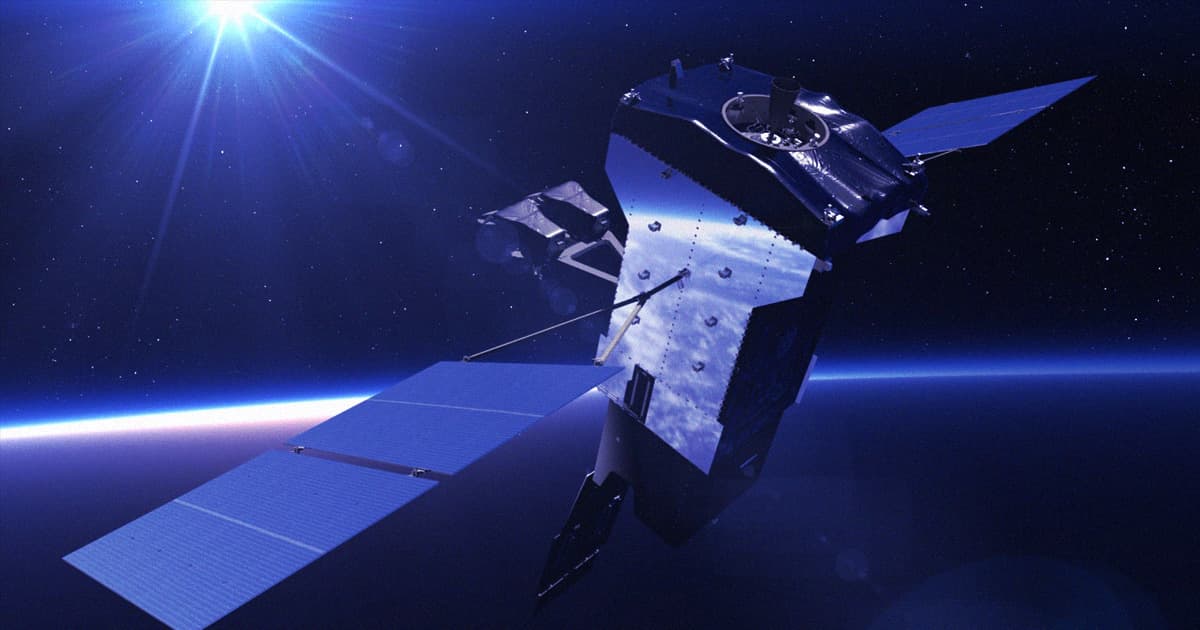 "The world is a more threatening place now with more than 1,000 ballistic missile launches occurring globally every year."

"The world is a more threatening place now with more than 1,000 ballistic missile launches occurring globally every year."

The 197-foot rocket took off on Tuesday from the Space Force's launch pad in Cape Canaveral, Florida.

It's yet another sign that the Space Force is playing an increasingly prominent role within the American military complex, despite being the youngest service branch of the US Armed Forces.

The satellite on board the rocket is an upgraded version of existing satellites that make up the service's Space-Based Infrared System (SBIRS), a space surveillance network meant to provide early missile warnings.

The system works by picking up infrared heat signatures of soaring missiles and tracking them to give forces back on the ground advanced notice.

"The need for SBIRS systems has never been more critical," Tom McCormick, vice president of Lockheed Martin's Overhead Persistent Infrared Missions division, told CBS. "The threat of ballistic missile technology is spreading around the world, adversaries who we once held at geographic arm's length now tout their development of this technology."

"The world is a more threatening place now with more than 1,000 ballistic missile launches occurring globally every year," McCormick said in an official statement. McCormick also described the SBIRS as the "tip of the spear, or bell ringer, that a launch has occurred and something is coming."

Tuesday's launch comes after liftoff was delayed for roughly 24 hours due to issues with the launch pad system.

In the upcoming weeks, thrusters on board the SBIRS satellite will nudge it into a geosynchronous orbit, allowing it to remain stationary over the same region.

Rain Check
Military Satellite Launch Delayed After Fuel Leak
12. 6. 21
Read More
Wait, What?
House Committee Kills "Space Force" in Favor of "Space Corps"
6. 13. 19
Read More
Space Lasers
The U.S. Wants to Put Ballistic Missile Defense Systems in Space
1. 19. 19
Read More
+Social+Newsletter
TopicsAbout UsContact Us
Copyright ©, Camden Media Inc All Rights Reserved. See our User Agreement, Privacy Policy and Data Use Policy. The material on this site may not be reproduced, distributed, transmitted, cached or otherwise used, except with prior written permission of Futurism. Articles may contain affiliate links which enable us to share in the revenue of any purchases made.
Fonts by Typekit and Monotype.