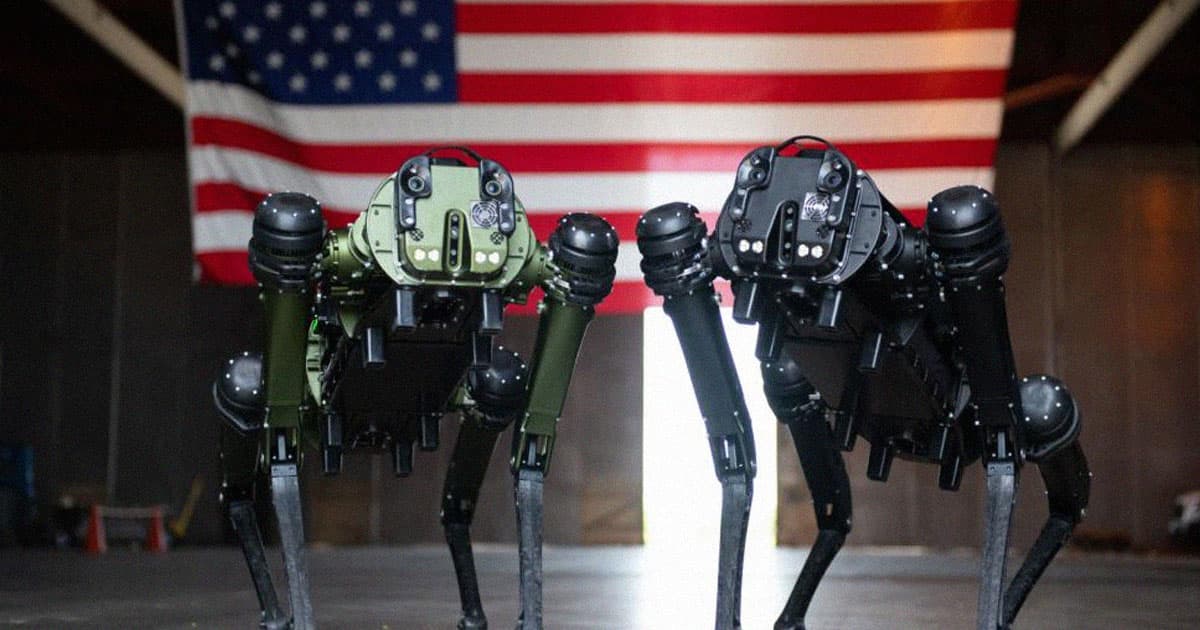 Coming to a launch pad near you.

Coming to a launch pad near you.

The US Space Force is taking Paw Patrol to the next level.

As per a Department of Defense statement, the youngest branch of the US military is to deploy Ghost Robotics' "quadruped unmanned ground vehicles (Q-UGVs)" — dog-like robots — in an effort to automate "damage assessments and patrol" at the Cape Canaveral Space Force Station, thus saving "significant man hours."

The robot unit is to be deployed by Space Launch Delta 45, the fearless Space Force "Guardians" who manage all Cape Canaveral Space Force operations, Space.com reports.

According to the report, these Q-UGVs are equipped with complex audio and visual communications software, and though they can function autonomously, they can also be controlled via manual and even audio commands.

On their site, Ghost Robotics describes their dog-bots as "high-endurance, agile and durable all-weather ground drone(s)," ultimately created to keep "warfighters, workers and K9s out of harm's way."

During early tests, troops dispatched their two robot canines inside a hangar — and posed with them in front of a gigantic American flag.

The Air Force — which oversees all Space Force operations — seems to have a particular fondness for these robo-dogs. They were first deployed by the Air Force at Florida's Tyndall Air Force Base back in 2020, and have since been incorporated into regular operations at other Air Force bases.

"We will be able to see exactly what the robot dog is detecting through its mobile camera and sensor platform," Air Force major Jordan Criss said in a 2020 press release.  "If desired, we will also be able to issue verbal commands to a person or people through a radio attached to the dogs.”

We can't say we're opposed to these robot pups, especially if it means saving human Guardian lives. But if you ask us about the sniper rifle-wielding version — we've got mixed feelings on that one.