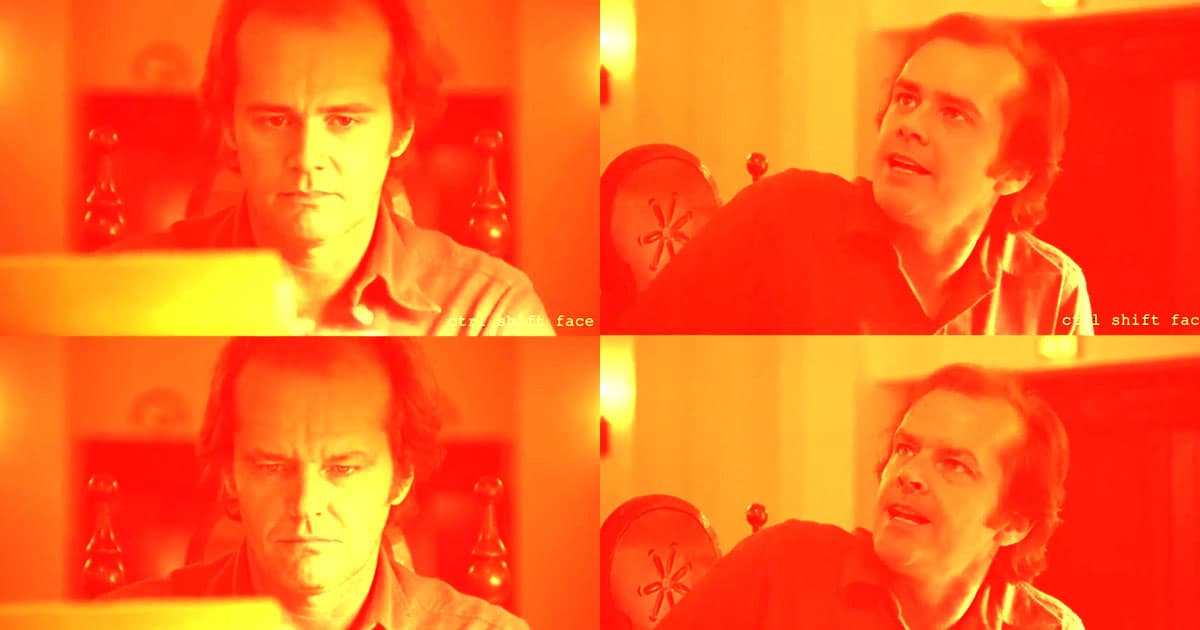 Oh No: Someone Deepfaked Jim Carrey Into "The Shining"

Someone has finally done it: they used machine learning to superimpose the face of Jim Carrey onto Jack Nicholson's character in Stanley Kubrick's iconic 1980 adaptation of Stephen King's "The Shining."

Let's be real, though — you just want to see it:

It's a fun clip — and, in terms of mapping Carrey's face onto Nicholson's complex performance, one of the most impressive deepfakes we've seen.

But the clip, by the pseudonymous content creator Ctrl Shift Face, also points to the inherent tensions of deep learning media synthesis. It's a tech that doesn't take a lot of deep computing know-how — Ctrl Shift Face, for instance, said that they used a common open source tool called DeepFaceLab to create the vid. At the same time, the tech can be used for ill — showing people saying things they never did, or even automatically removing clothing from photos.

What we know for sure: deepfakes, which can remix anything from a home video to an award-winning Hollywood performance, are here to stay.

More on deepfakes: This Algorithm Can Create 3D Animations From a Single Still Image

Fake Views
New Law Makes It Illegal to Distribute Political Deepfakes
10. 7. 19
Read More
2019 Glow-Up
Someone Used a Neural Network to Draw Doom Guy in High-Res
6. 17. 19
Read More
SmarterChild 2.0
Now You Can Experiment With OpenAI's "Dangerous" Fake News AI
5. 13. 19
Read More
+Social+Newsletter
TopicsAbout UsContact Us
Copyright ©, Camden Media Inc All Rights Reserved. See our User Agreement, Privacy Policy and Data Use Policy. The material on this site may not be reproduced, distributed, transmitted, cached or otherwise used, except with prior written permission of Futurism. Articles may contain affiliate links which enable us to share in the revenue of any purchases made.
Fonts by Typekit and Monotype.