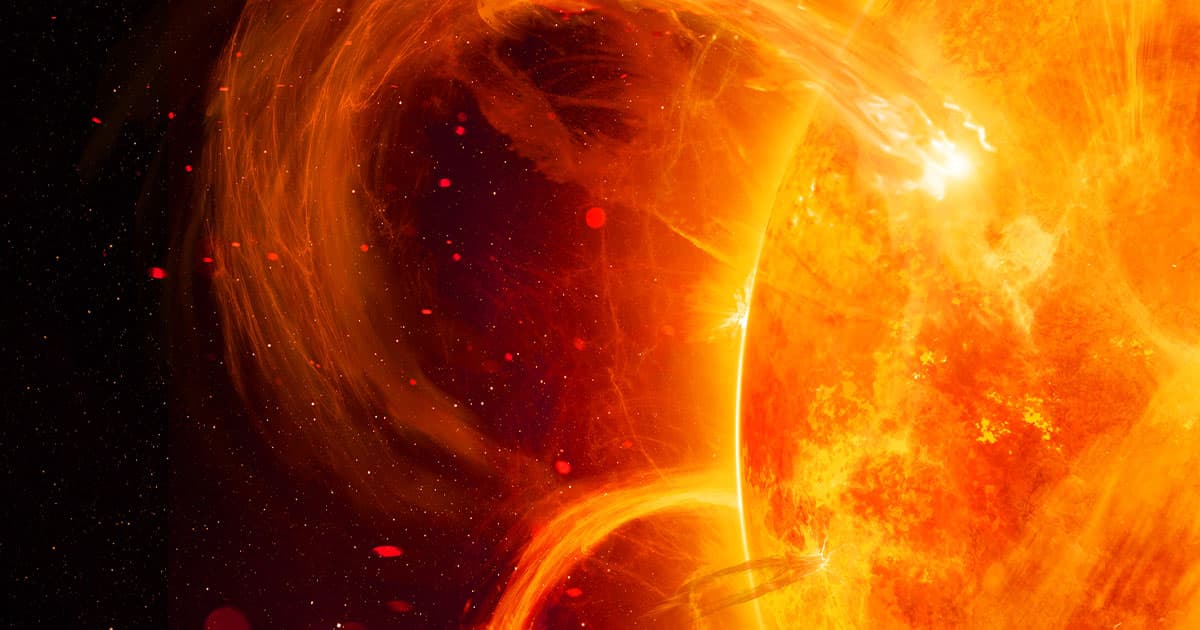 "Whatever you learned the past two years is not going to apply in the next five years."

"Whatever you learned the past two years is not going to apply in the next five years."

Things are about to get stormy with our Sun — and it could spell trouble for satellite infrastructure.

"Whatever you’ve experienced in the past two years doesn’t matter," space weather expert Tzu-Wei Fang of the National Oceanic and Atmospheric Association told crowds at the 36th Small Satellite Conference in Utah this week, per SpaceNews. "Whatever you learned the past two years is not going to apply in the next five years."

As Fang told the audience during the panel discussion, the February solar storm that killed off a bunch of then-newly-launched SpaceX Starlink satellites was just the tip of the iceberg.

"That storm was actually a minor storm in our catalog," she told the conference. "It’s not a huge storm."

These kinds of storms and their effects on satellites do have one upside, however — coordinating with NOAA and other organizations to study the effects of increased geomagnetic activity and better be able to predict what can go haywire, Fang said.

This kind of data coordination will be useful because, as the space scientist noted, this new solar storm cycle comes after an 11-year era that was comparatively quite mild, and in which tons more satellites were launched than ever before. As such, current satellite technicians may not be prepared for the coming storms.

"If you look at the beginning of this year, things are very crazy. We’ve had a solar flare almost every week," Fang said at the panel. "We’re already way beyond where we predicted at this point."

It's a scary predicament, in other words, but we're not quite in "The Day After Tomorrow" territory quite yet.

All the same, however, those who operate satellites are soon going to get a crash course in how to handle solar storms.