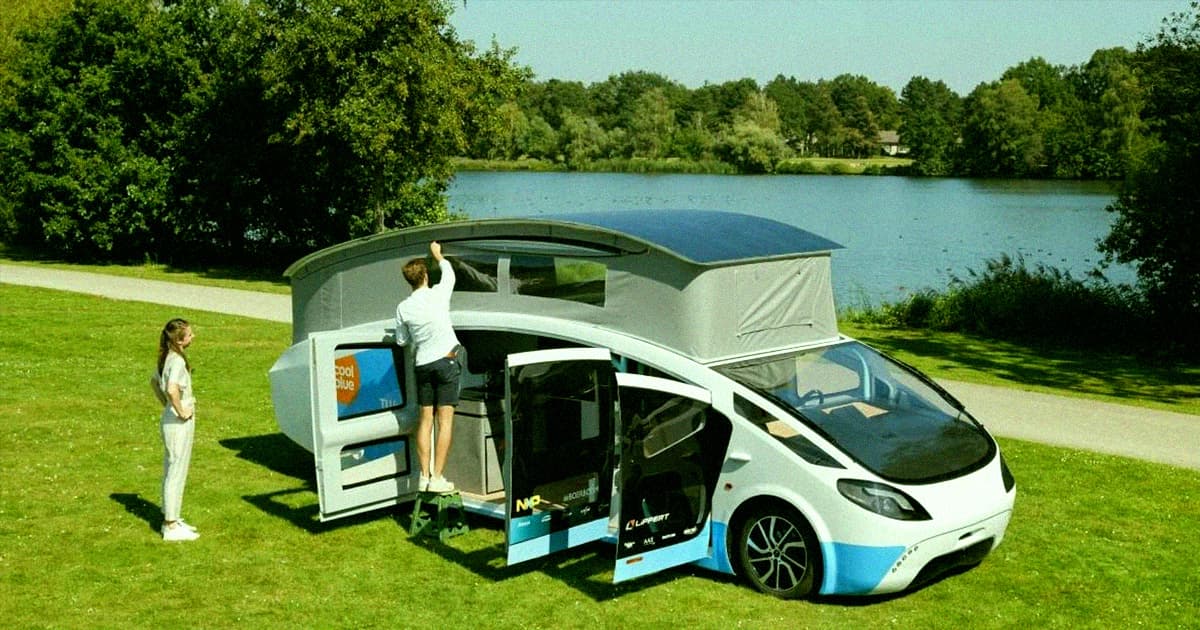 It has a range of 454 miles and can fit an entire double bed.

It has a range of 454 miles and can fit an entire double bed.

A team of students from the Eindhoven University of Technology in the Netherlands have created an awesome-looking RV that depends entirely on massive solar panels mounted to its roof for power.

The students claim their solar RV, dubbed Stella Vita, can cover 454 miles in one (sunny) day using solar energy, an impressive feat for a vehicle that can double as a home away from home.

The team is now planning to drive the futuristic house on wheels all the way from Eindhoven to the southernmost tip of Spain, a month-long journey that's kicking off on Sunday.

Thanks to a telescoping roof, the Stella Vita can get pretty roomy on the inside, fitting a small kitchen and an entire double bed over an area of around 188 square feet. Thanks to the solar panels, occupants can also drive, watch TV, and make coffee, according to an official statement. It even has a shower.

The Stella Vita is the successor of the Stella Lux, a solar-powered family car. According to Ars Technica, the Lux was so good at generating power that it was energy-positive, allowing it to power other electric vehicles.

For now, according to Ars, the team isn't aiming for mass production with the Stella Vita — but Tijn Ter Horst, a member of the team, speculated it could reach the market within five years.

It sounds like an off-the-grid camping dream come true, if you make sure to check the weather forecast ahead of time.

More on solar power: A School Bought Solar Panels and Saved Enough to Give All Its Teachers Raises