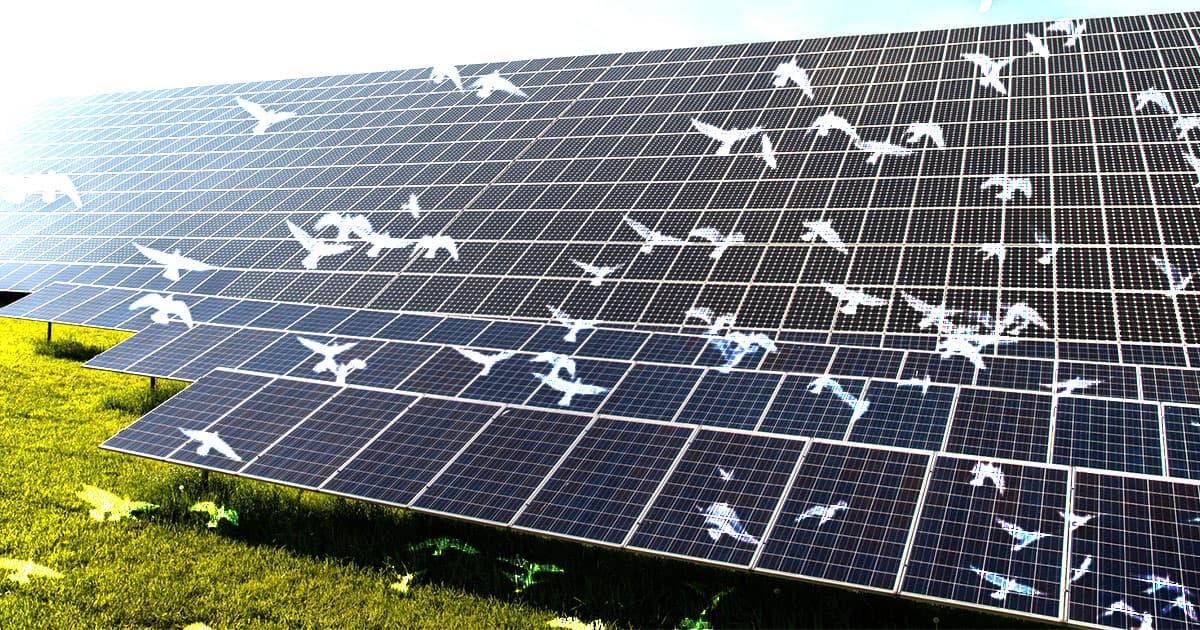 Solar energy may be far more deadly than you might think.

Solar energy may be far more deadly than you might think.

Solar energy! 'Might be completely renewable and green and great for the planet, sure. It could also, however, be deadly — if you're a bird.

But really: A 2016 study found that large solar farms in the US accounted for the death of almost 140,000 birds every year. For a while, we only had our best guess as to why solar farms were killing birds at such a scale — for instance, they may have mistaken the reflective panels as the surface of water.

These theories are far from confirmed. But we may soon know a lot more, courtesy of an artificial intelligence-powered birdwatcher, as Wired reports.

The thinking is that an algorithm can pick out avian behavior and analyze their flying patterns near solar panels. The Department of Energy recently signed a contract with Argonne National Laboratory in Illinois to develop a tailor-made AI solution.

"The machine-learning research we’re doing is a little unique, because we don’t just want to classify an object in a single image," Adam Szymanski is a software engineer at Argonne, who's working on the system, told Wired.

"It has to classify a small, fast-moving object over time," he added. "So if the bird is flying, in some frames you’ll see a dot and in others you’ll see its wings out, and we need to track that object as it moves across the camera."

Perched on a Solar Panel

The goal? To eventually figure out how bird behavior changes around solar panels and ensure that birds are protected in the future.

More on AI: Elon Musk: If You Don’t Think AI Could Outsmart You, You’re an Idiot