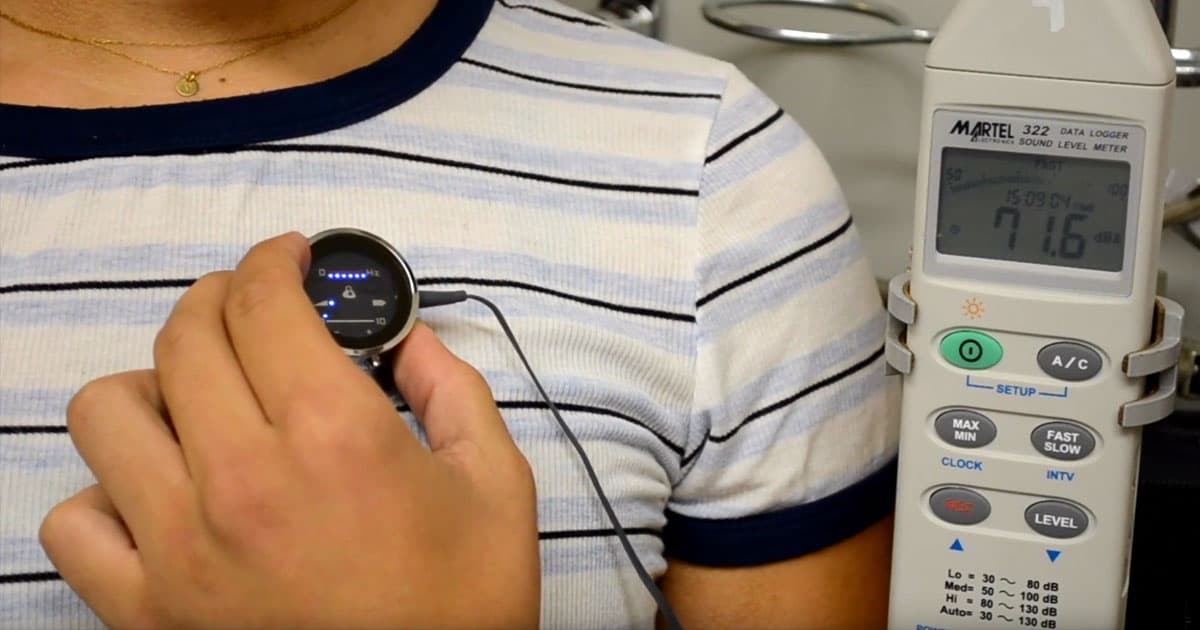 "Smart Stethoscope" Can Diagnose Pneumonia on Its Own

Some of those deaths could be avoided if every child on Earth had access to advanced healthcare, but that's not the case. In fact, more than 95 percent of people in the developing world lack access to the X-ray imaging technology that's ideal for pneumonia diagnosis.

Researchers from Johns Hopkins University may have a solution to this problem: a "smart stethoscope" that uses artificial intelligence to diagnose pneumonia on its own.

A standard stethoscope is a low-cost, highly valuable tool for detecting lung disorders. Unfortunately, its value is lost if the person wielding it doesn't know what to listen for or if ambient noise masks the sound of a patient's breathing.

With those limitations in mind, the Johns Hopkins team set out to reimagine the stethoscope. They designed a device capable of capturing the sound of the lungs while filtering out outside noise, and then they created an AI-powered app that "listens" to the lung sound for signs of pneumonia.

According to a blog post written by the researchers, the app was 87 percent accurate at distinguishing between the lung sounds of people with pneumonia and healthy people, "far surpassing other automatic diagnosis methods."

The Johns Hopkins team is currently field testing prototypes of its smart stethoscope in Peru, Bangladesh, Malawi, and the U.S., and it has high hopes for the future of the final version of the device, which it expects to be "significantly cheaper" than the $500 electronic stethoscopes currently on the market.

"By enabling on-the-spot screenings with a cheap device that can be handled by local health workers, we hope our reengineered scope will make a difference in the global health crisis of childhood pneumonia," the researchers wrote.

"Viewed on the macro level, we hope to scale up our efforts so that hundreds of thousands of lives can be saved," they continued. "But on the micro level, we feel that if even one parent sees her child recover because of early diagnosis, all our hard work will have been worth it."

More on AI healthcare: Your Future Doctor May Not Be Human. This Is the Rise of AI in Medicine.

Pattern Detected
Princeton Scientists: Mutations in "Junk" DNA Can Cause Autism
5. 29. 19
Read More
Private Healthcare
Hospital Goes Out of Business, Pulls Medical Records Offline
2. 22. 19
Read More
Alexa, I Don't Feel So Good
Amazon's Next AI Bet: Digitizing Medical Records
11. 28. 18
Read More
+Social+Newsletter
TopicsAbout UsContact Us
Copyright ©, Camden Media Inc All Rights Reserved. See our User Agreement, Privacy Policy and Data Use Policy. The material on this site may not be reproduced, distributed, transmitted, cached or otherwise used, except with prior written permission of Futurism. Articles may contain affiliate links which enable us to share in the revenue of any purchases made.
Fonts by Typekit and Monotype.