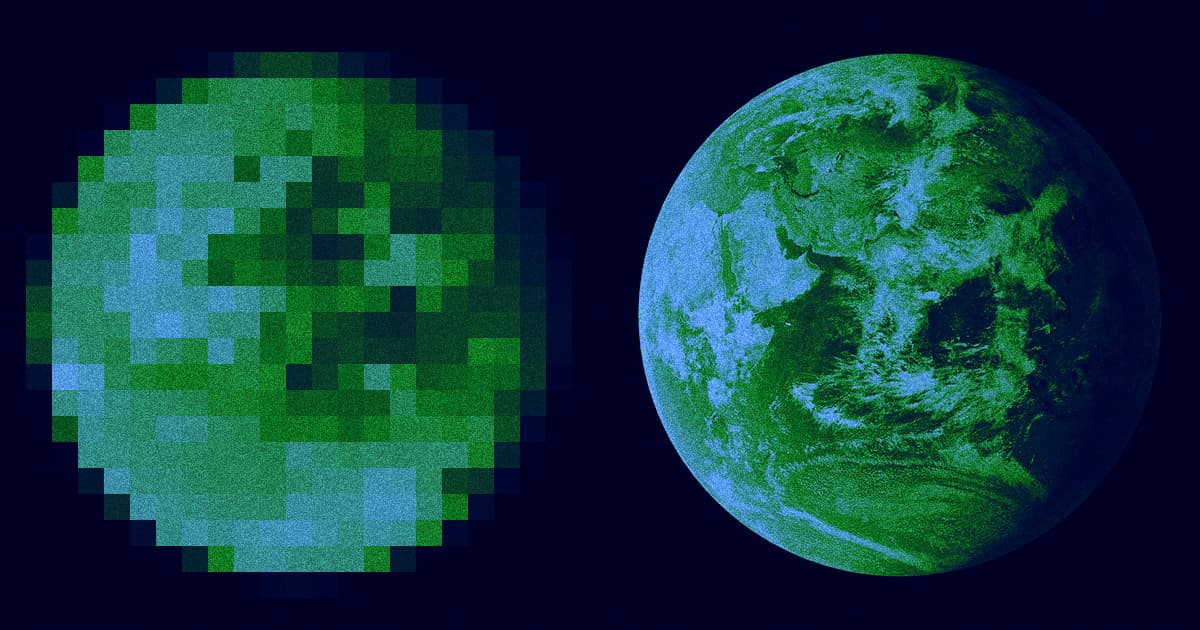 Get ready for a "digital twin" of the entire planet.

Get ready for a "digital twin" of the entire planet.

European scientists have started work on an ambitious plan to predict the future of climate change: rebuilding a virtual version of the entire Earth that they can use to play out different scenarios.

The "digital twin" of the Earth, as it's described in research published this month in the journal Nature Climate Change, is expected to serve as a sort of sandbox that will allow scientists to study the impacts of various climate policies and other factors when it's complete. By feeding it with accurate climate and weather data — as well as data on human activities — researchers hope it will help them figure out what steps will and won't help save the environment and mitigate global climate change.

The virtual planet is part of a ten-year program by the European Union called Destination Earth. The ultimate goal is to set a course of action that will help Europe achieve net carbon neutrality by 2050, according to an ETH Zurich press release on the project, so being able to model the impacts of different policies could go a long way.

"If you are planning a two-meter-high dike in The Netherlands, for example, I can run through the data in my digital twin and check whether the dike will in all likelihood still protect against expected extreme events in 2050," Peter Bauer, Destination Earth co-initiator and deputy director for Research at the European Centre for Medium-Range Weather Forecasts said in the press release.

The scientists behind Destination Earth point toward decades of improvements to weather and climate models as evidence that the project could work.

But they also say that they'll need to work closely with computer scientists and engineers in order to build a model capable of everything they want it to be able to do, according to a paper published Monday in the journal Nature Computational Science, because building such a sophisticated simulation calls for specialized equipment and perhaps even supercomputers more advanced than what exists today.

More on climate modeling: The Ocean Is Rising Faster Than Anyone Feared