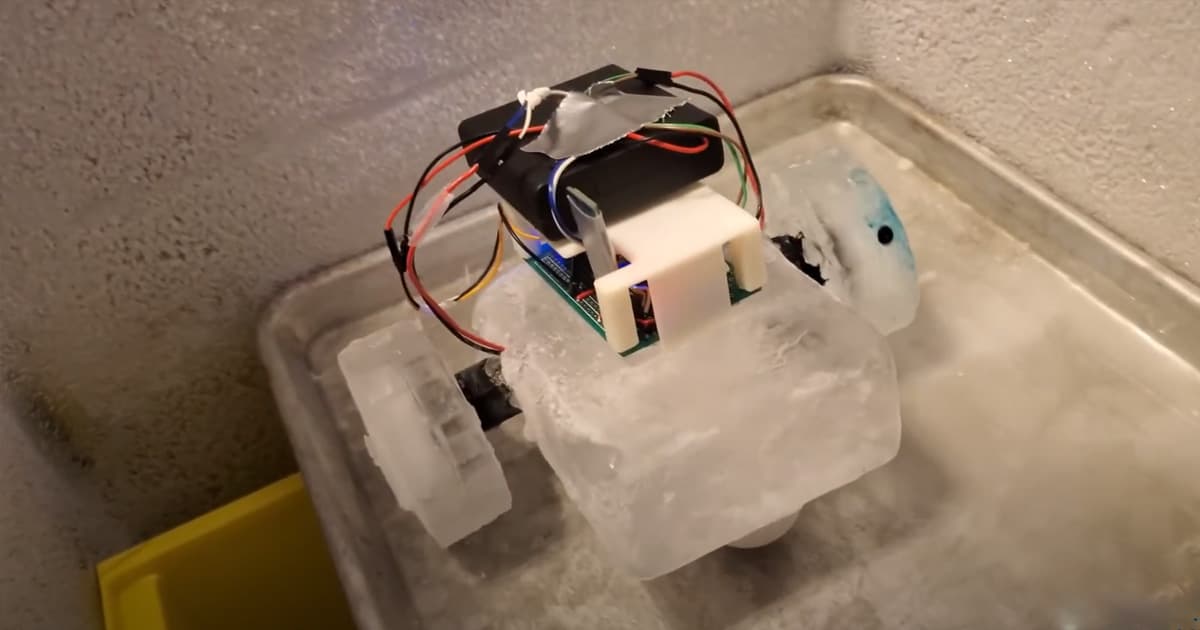 They already have a prototype.

They already have a prototype.

A team of researchers at the University of Pennsylvania are trying to figure out if we can send robots that are made out of ice to another planet, IEEE Spectrum reports.

The idea is to create a robot design that can leverage local resources to repair itself in case it ever breaks down.

As detailed in a new paper presented at the IEEE/RSJ International Conference on Intelligent Robots and Systems, the researchers looked a variety of ways of creating robots out of ice by using both additive and subtractive manufacturing processes.

The goal is to create a proof of concept ice robot that is capable of "self-reconfiguration, self-replication, and self-repair."

The researchers did include regular actuators and batteries in their testing, with only major structural components being made out of ice.

An initial test robot, weighing in at a hefty 6.3 kilos and crafted by hand, was able to roll itself up a 2.5 degree incline and steer left and right, as demonstrated in the video above.

The team isn't just exploring the option for robots sent to outer space, because similar robots could also be used to conduct research in the Antarctic.

"Climate change has many folks interested in the Antarctic and ice sheets while NASA and other space exploration groups are looking to the stars for ice and water," UPenn robotics researcher and lead author Devin Carroll told IEEE Spectrum.

Carroll argued that "if we could build a robot from ice, perhaps it could be used to assist in exploring icy planets for life and data collection."

READ MORE: Robots Made of Ice Could Build and Repair Themselves on Other Planets [IEEE Spectrum]

More on robots: UK Military Unveils Tiny Spy Drones That Can Travel Over a Mile